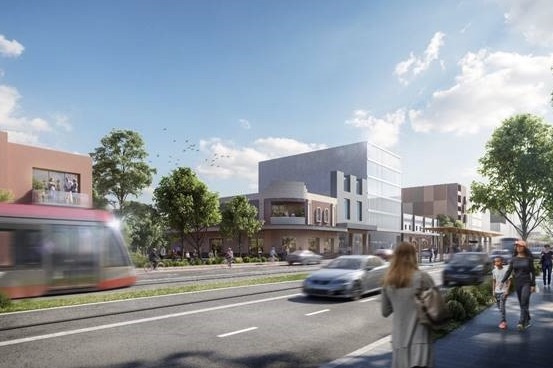 Urban policy think tank, the Committee for Sydney, has renewed the push for a light rail line running down the middle of Parramatta Road from the CBD to Burwood.

CEO of the Committee for Sydney, Gabriel Metcalf, said that with Sydney Metro West and Westconnex changing transport patterns in the region, now is the time to use light rail to turn the road into a city boulevard.

“The basic test of a good high street is simple – would you feel comfortable having a coffee on the footpath outside a cafe? For Parramatta Road, today that idea would be laughable – but our proposals would return Parramatta Road to a high street and a place where people congregate and spend time, while still maintaining important connectivity across Sydney.”

The Committee has published a new report Reclaiming Parramatta Road, which puts forward the case for a light rail line from Central to Burwood, with interchanges at Taverners Hill to the existing light rail line, Burwood North to Metro West, and Burwood to the Sydney Trains network.

The light rail line would be accompanied by urban environment improvements such as cycling infrastructure and pedestrian plazas.

Trams were removed from the corridor in the 1960s to create more space for cars, but in the decades since, the artery has become one of the most maligned roads in Sydney.

The Parramatta Road Corridor Urban Transformation Strategy, released by the NSW government in 2016, proposed to implement high density housing and commercial buildings along the corridor due to traffic being diverted to the Westconnex underground motorway. Part of the strategy included a rapid transit route along the road.

According to reports, a strategic business case for public transport improvements on Parramatta Road is due to be completed by Transport for NSW before the end of 2020.

A median-running light rail line has previously had the support of local councils over a bus rapid transport option. Inner West Council, which straddles the eastern section of Parramatta Road, published a joint study in 2016 that supported light rail.

Metcalf said a light rail line would transform the road and surrounding precinct.

“The value of this renewal stretches far beyond simply economic measures, contributing to societal, health, community, and environmental benefits for all,” he said.

“Collectively, the outcome of an improved and well-connected public realm would stimulate a greater value in residential development along the road corridor, but more than that, it will stimulate new communities that grow around the new connection and see Parramatta Road as a renewed place of exception.”