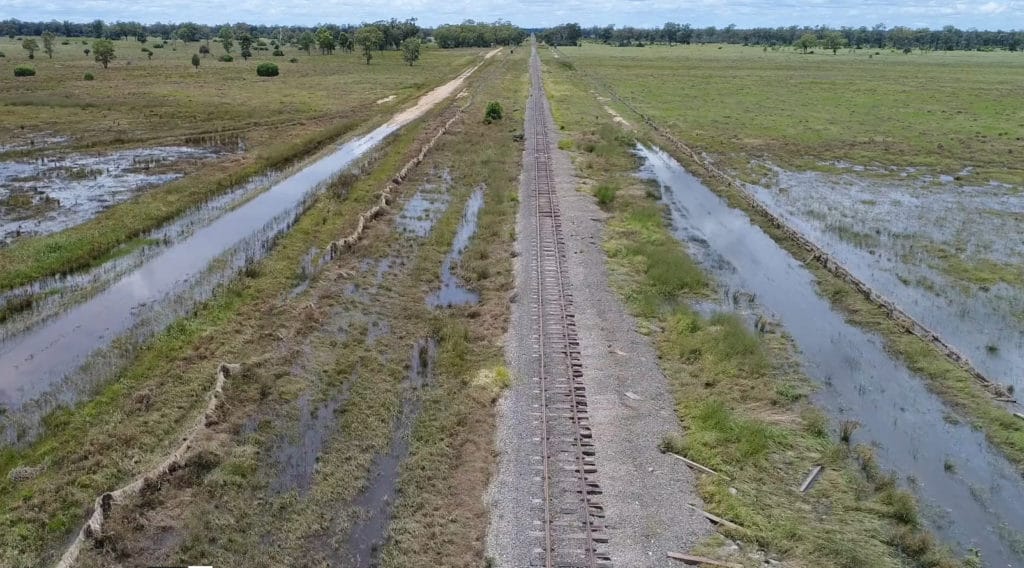 Queensland Rail crews have been working to repair damage across the western and south western rail lines, including four kilometres of washouts between Inglewood and Goondiwindi, after heavy rainfall caused major flooding in southern parts of the state.

Queensland Rail Head of Regional Jim Benstead said a team of more than 75 employees and contractors were focussed on restoring the network, in particular the Goondiwindi region, which was one of the hardest hit.

“Over the past week, parts of our rail network have disappeared under heavy floodwater and trees have toppled onto tracks, cutting off vital freight and passenger services on the South West, West Moreton and Western lines,” he said.

“Floodwaters are receding and a number of sections have now reopened, including from Rosewood to Charleville, which has allowed freight and passenger services to resume along this corridor after it was closed for around 7 days.

“Inglewood and Goondiwindi are among those areas that continue to be impacted, and several locations between Carrington, Goondiwindi and Thallon remain under water.

“Queensland Rail engineers and recovery crews are busy assessing the damage across impacted areas where it’s safe to do so, and local earthmoving companies are helping with repairs.

“The number one priority during the recovery process is keeping people safe. Queensland Rail is ensuring this, while working to return operations to normal as soon as possible.”

Drone vision along the South West line shows some of the flood damage at Whetstone, including a number of washouts.

Benstead said recovery efforts were currently focussed on the corridor area between Warwick and Goondiwindi.

“Track repairs have commenced along this corridor towards Inglewood and at this stage are on track to be completed by next week, conditions permitting,” he said.

“Other parts of the network that remain submerged will reopen after the water recedes and inspections and repairs can safely take place.

“In the meantime, dozens of Queensland Rail weather monitoring stations across the affected lines are helping crews to monitor water heights and temperatures.”

“This rail system is a vital connection from the western regions to Brisbane, for freight services, including coal, grain and livestock, but also our customers on the Westlander service,” he said.

“It’s positive that this mainline from Charleville has been restored and our crews remain focussed on getting the remainder of the system back up and running as conditions allow.”