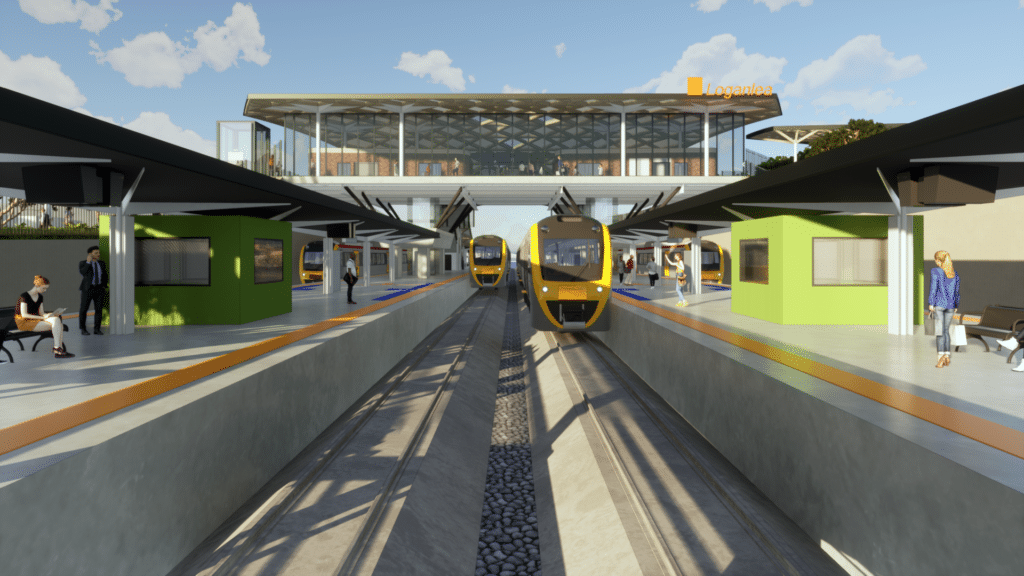 The Queensland Government has committed an additional $1.121 billion to deliver faster rail services between Brisbane, Logan, Beenleigh and the Gold Coast.

“Delivering new transport infrastructure that that will create jobs and ease congestion are central to our COVID Economic Recovery Plan,” she said.

“As we plan and build for the Olympics, this project is all about making sure people spend less time commuting and more time at home with their families and enjoying our great Queensland lifestyle.

“We’ve seen significant growth in South East Queensland over the last two decades and we expect this to continue with an extra 1.2 million people living in the region by 2036.

“My government is committed to seeing transport times between the Gold Coast and Brisbane reduced, as we continue to see the population increase in key suburban areas along the rail corridor.”

The Premier said the project had potential to create about 900 jobs.

“Today we’re calling on the Federal Government to match our additional $1.121 billion funding commitment to ensure we can deliver this important project for the people of Queensland,” she said.

“To ensure South East Queensland can continue to grow, we must keep evolving our rail network so it plays a bigger role in moving people from A to B.

“We continue to see progress made on the transformational Cross River Rail project, which today’s investment will complement – meaning faster, more frequent journeys.”

“We are limited in the number of peak services we run each day, but by duplicating the track between Kuraby and Beenleigh stations, we can increase capacity through the region,” he said.

“Local motorists will also benefit with five level crossings to be removed and nine stations will be upgraded – vastly improving the amenities available to local commuters.”

The move has been welcomed by the Australasian Railway Association (ARA) , with Chief Executive Officer Caroline Wilkie saying faster rail would have a transformative impact on the region.

“Investment in faster rail on routes like Brisbane to Gold Coast will make it easier for people to leave the car at home for their daily commute or weekend away,” Wilkie said.

“It will not only speed journey times, but increase flexibility for customers by enabling more trains, more often along the route.

“With the Olympics just around the corner, faster rail will help showcase the very best Queensland has to offer and drive new development and growth long after the Games are over.”

Consumer research conducted by the ARA in 2021 confirmed 75 per cent of Gold Coast residents surveyed would travel to the city by train if it took the same or less time than driving. The survey also highlighted the growth opportunities that came with investment in faster rail, with 78 per cent of Gold Coast participants believing faster rail links would make moving to the region more attractive.

The need for speed