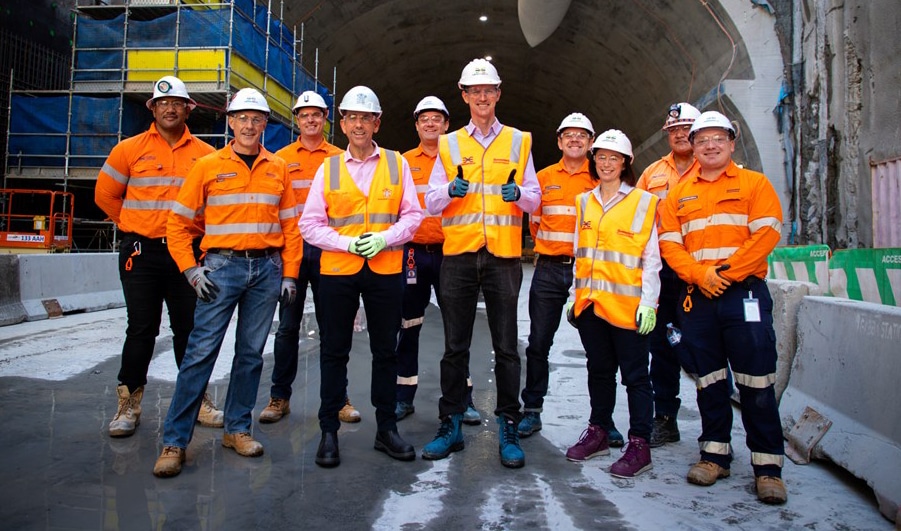 The Queensland Government year says its commitment to rail will support more than 5000 jobs and deliver better services for Queenslanders.

Treasurer and Minister for Trade and Investment Cameron Dick said the investing in rail gets Queenslanders to work sooner, and it gets them back home to their family sooner as well.

“But by making trains here in Queensland, it also supports traditional manufacturing, and skilled jobs in the many small and medium businesses that are part of the supply chain,” he said.

“We want to see more of these skilled jobs here in Queensland, which is one of the reasons we recently finalised the purchase of the Rockhampton Railyards.

“That will enable us to encourage suppliers into the rail manufacturing supply chain to relocate to Queensland.”

“We’re transforming transport in Queensland to support the massive population boom we are seeing, and rail is a big part of our future transport network,” he said.

“Queenslanders know that our $5.4 billion investment in Cross River Rail is the Governments most significant single infrastructure investment.

“But this budget shows we are not just building a new underground line, with significant investments in freight and passenger services across our state we are transforming the network.

“This investment is headlined by projects like the Beerburrum to Nambour and Kuraby to Beenleigh track duplications, Gold Coast Light Rail stage three, station upgrades across all of Queensland, plus the manufacturing of 65 brand new trains in Maryborough.

“Bringing all of these projects together is the rollout of our brand new ETCS technology, a world leading program used across much of Europe, which will allow us to run more services, more often, all while improving safety.

“That’s why we’ve committed more than $500 million in this year’s state budget for the installation of technology on the NGR trains that talk to the Cross River Rail Platform Screen doors and the ETCS fitment program, to further expand its rollout across the network.”

Bailey said while there are billions of dollars in new funding for major rail projects, the transformation of the network was well underway with the first train tracks now laid in Cross River Rail’s tunnels.

“We finished the 5.9km twin-tunnels on Cross River Rail last year, and now we are building the underground stations and laying the tracks,” he said.

“In really exciting news for Queenslanders, the first 50 metres of track has now been laid from just south of the future Albert Street station back towards the future Woolloongabba station.”

“Cross River Rail will have automatic doors at our underground stations, similar to what people may have experienced in Singapore and Tokyo, which will improve safety, temperature control and ease of exiting and entering trains,” he said.

“But these automatic doors also mean we need the trains to stop with absolute precision at our underground stations, and the only way to do this is through our digital technology rollout.

“That’s why we’ve committed more than $500 million in the budget towards a further upgrade to the New Generation Rollingstock program which will allow these trains to work with the automatic doors at our underground stations.

“ETCS signalling and technology also allows us to safely run trains a lot closer together across the network, meaning we can deliver more services, more often, and reduce travel times and delays, all while improving safety.”

He said it was no secret construction costs had been skyrocketing over the past two years during the pandemic.

“The prices of concrete, steel and timber have all risen, while the labour market is red-hot due to the infrastructure boom going on across Queensland,” he said.

“This is not just a Queensland issue though, with every state in Australia and many countries globally facing the same challenges.

“Unlike other state and local governments, we aren’t cutting projects, putting them on hold or descoping them – we know Queensland is growing like never before and that means we need to deliver the infrastructure to support that growth.”

The $3.5 billion worth of funding is contained in the Queensland budget forward estimates for new rail projects over the next four years, which includes many projects that will be delivered over the next decade.