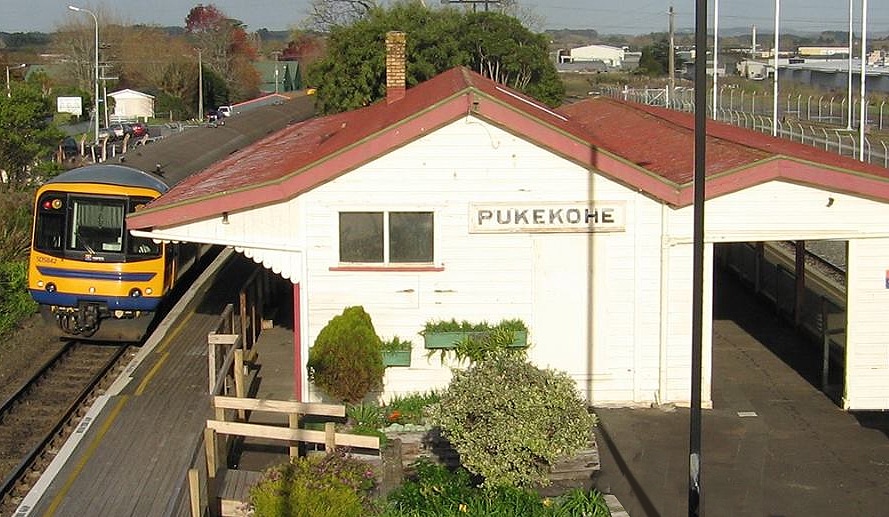 A new home has been found for New Zealand’s historic Pukekohe Railway Station building, as a passionate historian and businessman is set to move the station to Matangi, near Hamilton, and restore it there.

The station’s new home will be part of a precinct which includes other historic buildings of a similar era such as the old Matangi Dairy Factory which was built between 1917 and 1919.

The wider Pukekohe station area is being redeveloped as part of the Papakura to Pukekohe electrification project, meaning there will no longer be room for the old building.

The new station at Pukekohe will have longer platforms able to accommodate up to nine-car passenger trains, modern passenger station facilities, staff facilities and train stabling capacity. There will also be rail tracks to allow the through-running of freight services while future proofing for potential third and fourth main lines.

KiwiRail Capital Projects and Asset Development COO David Gordon said it was always KiwiRail’s preference for the building not to be demolished, so “we are glad it has worked out and the station will be restored to its former glory”.

KiwiRail, along with Franklin Local Board, worked closely with heritage groups and consulted Iwi to find a solution for the building. The option of keeping the station in Pukekohe was explored, however funding prohibited it from being viable.

Franklin Local Board chair Andy Baker says KiwiRail’s development at Pukekohe and the electrification of the line will bring major benefits to the area.

“With the old station unable to be preserved on the existing site or in Pukekohe, this solution will not only save the building from demolition but see it restored by someone with a huge passion for our heritage and ensure those with an interest in it can visit it when the work is done,” he said.

“We acknowledge everyone who worked so hard to try to find a locally based outcome, but look forward to a bit of our local history being preserved a bit further down the road.”

KiwiRail will support the new owner businessman and history enthusiast Harry Mowbray with relocation, which will begin mid next year.

“Our intention with Matangi is to create a historic precinct that’s alive,” he said.

“It’s a place people can come to learn about the history of dairy and rail as well as it being a business precinct. It has a working railway line that runs through it, and that needs a station which is what piqued my interest in the Pukekohe station.”