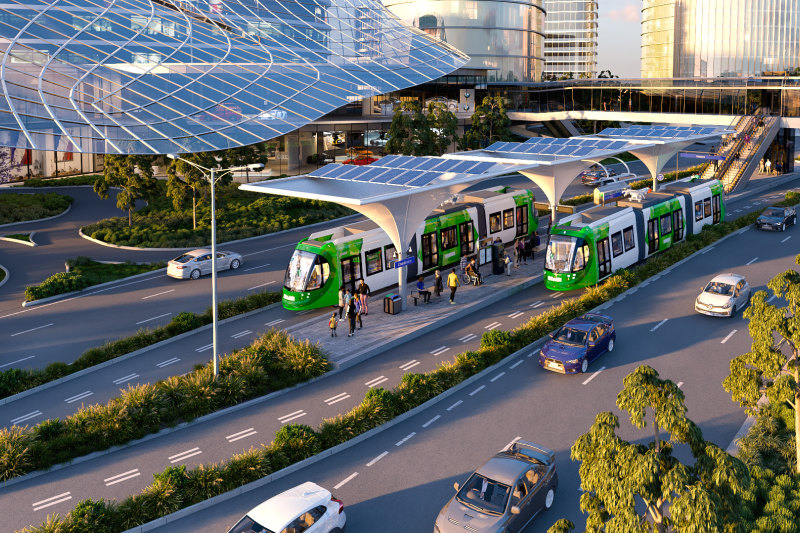 Melbourne’s Knox City Council is lending its voice to support a proposed trackless tram route between Caulfield Station and Rowville, with connections at Monash University and Chadstone Shopping Centre.

Mayor Lisa Cooper said the lack of public transport between Knox and Monash was causing congestion on freeways and major roads as locals are forced to use their cars rather than find alternate ways of travelling.

“The lack of public transport has long created challenges for Knox residents who face heavy traffic commuting to work, study and other activities around the eastern suburbs and wider Melbourne,” Cooper said.

“For many years, we have advocated to the state government to build the Rowville Rail, a train route along the Wellington Road corridor.

“The state is now focused on delivering the Suburban Rail Loop, meaning other heavy rail projects like the Rowville Rail are unlikely to progress for at least 15-20 years.

“By providing a cheaper, faster and efficient alternative to the Rowville Rail and other proposed travel routes, the trackless tram could bring better transport options for Knox and its neighbours on an accelerated timeframe.”

Neither a bus nor a tram, trackless trams (also known as Trackless Rapid Transit) have rubber wheels which allow them to run on regular roads, along dedicated road spaces which provide reliability and consistency in travel time.

And because they do not require rail tracks to run, they can be installed, implemented and maintained at a fraction of the cost of a conventional tram. This means the trackless tram could be a reality years before a tram or train route could be built.

The trackless tram proposal has the support of Federal Labor, which has pledged $6 million towards it if it wins the next election, as well as other local government areas along the route, and is backed by Monash University and Vicinity Centres which operates Chadstone and The Glen shopping centres. The route also plans to connect with the SRL to increase access to other transport options.