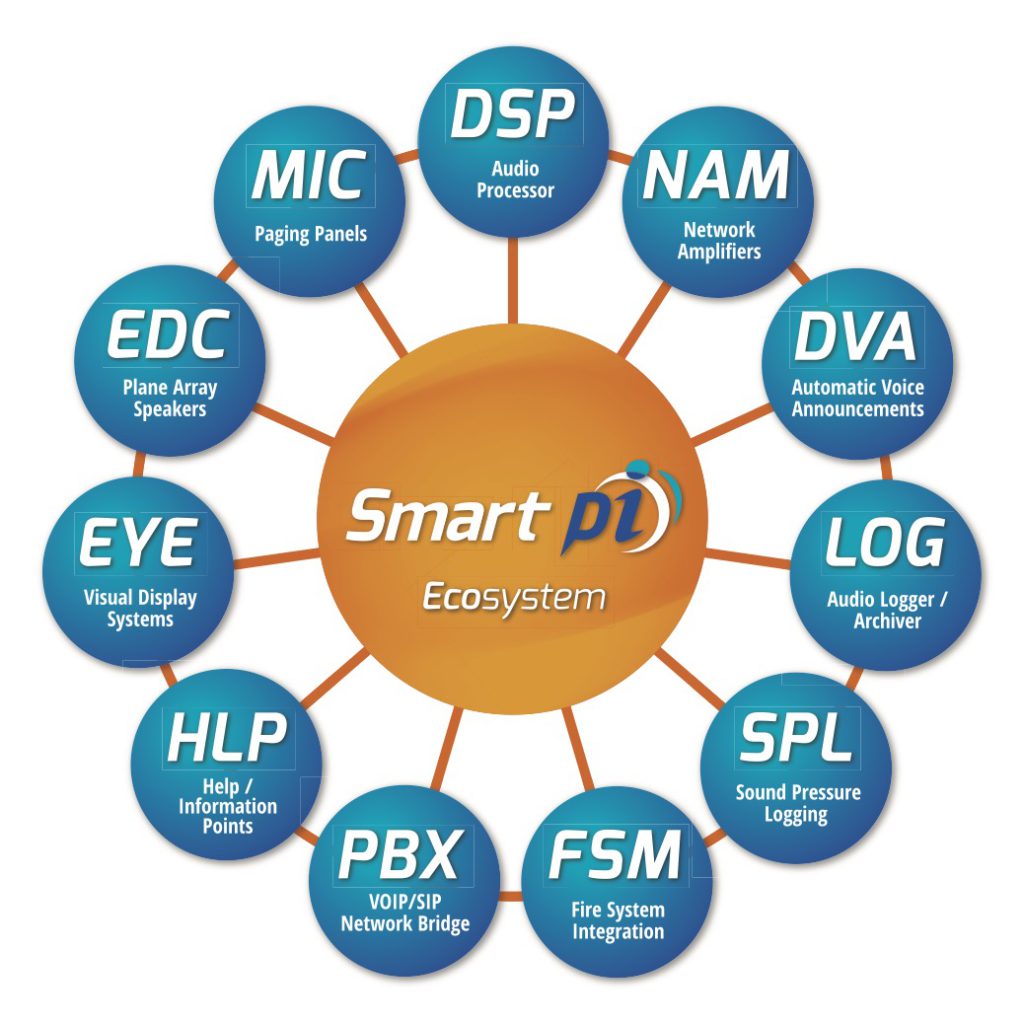 tm stagetec systems are introducing the Smart Pi ecosystem – a connected digital network of audio and visual information, which puts the rail customer at the centre.

In 2013, to little fanfare, a report popped up the recently restructured Transport for NSW agency website. The report, entitled Customer Satisfaction Index coincided with the creation of Sydney Trains and NSW Trains as what the report termed “customer focused train operators”.

The report included metrics, based on surveys of passengers, of how satisfied travellers were with transport services in NSW. In that first report, 79 per cent of customers were partly to very satisfied with Sydney Trains services. What this report signalled was the start of a shift in how rail services would be delivered to travellers in NSW, and a broader change in the philosophy of how transport operators approached providing mobility services.

Instead of just making the trains run to a pre-determined schedule, the golden metric now became customer satisfaction. In the years since, as patronage on Sydney’s rail network has grown, there have been many pressures on the system. Trains are almost always full during the peaks and fit to burst on some lines. Major construction projects have caused disruptions and new fleets of trains have been introduced, with older rollingstock retired. Over this time, customer satisfaction has consistently improved, and in the latest figures from November 2019, overall train network satisfaction stood at 90 per cent.

Today, it is easy to forget how common a garbled, if not incomprehensible announcement was only a few years ago, and as the service has improved, standards of satisfaction have too. Behind this shift in quality have been providers such as Sydney-based tm stagetec systems. General manager Mark Lowndes has been part of the team that has rolled out a new generation of audio address, information display and networked distribution systems.

“We realised that everybody is expecting audio announcements to be really good. We’re getting so used to expecting it should sound good and it should. Now, in Sydney we’re very lucky, you can hop on a train or stand on a platform and understand what’s being said,” said Lowndes.

Achieving this has been no small feat. Ensuring audio announcements are intelligible in a rail environment means that they have to compete with other loud noises from trains and other vehicles, and stations are hard environments with lots of surfaces for sound to bounce off of. With a background in professional audio engineering, tm stagetec managing director Treva Head knows what it has took to get the level of customer satisfaction with audio announcements to where they are today.

“We’ve worked with experts in the field, like acousticians, who expect the best out of the technology. They push our stuff to the limit and it’s really encouraging to see these acousticians who said ‘Wow, your product actually does deliver what you say it’s delivering.’ They have to solve some really difficult problems, reverberation in these harsh environments like tunnels where the sound just wants to echo, but if we can basically steer that sound and that energy to only where it needs to be, then that gives them tools to do it.”

Having delivered the technology for digital audio around the Sydney rail network, Head and Lowndes are looking to the next step. Combining networked audio with visual display screens, the company is working with manufacturer Smart Pi create a modular ecosystem for operators to continue to improve customer satisfaction.

“Our idea is this public information system that can fix those problems in all environments and you can mix and match the different parts that you want to put it together,” said Lowndes.

Having seen what else was in the market for large, distributed public information networks, and the potential for greater integration between different parts of the rail system through digitalisation, led to the ecosystem approach.

“Most of the current systems are bespoke,” said Lowndes. “They’re either written just for that project, which means that there’s no economies of scale from adding in the new features. For us it’s an entire product range, where we can add in features, we can add in new modules, as new technology becomes available it becomes available in the whole ecosystem for our clients to be able to upgrade.”

Essential to enabling a system such as this to work was establishing a common language between different modules. Following globally accepted industry standards, Smart Pi has used Open Control Architecture (OCA). This standard is specified in the audio engineering standard AES70.

“Any other products that support OCA can talk to us,” said Lowndes. “We’re not trying to say if you’re using our ecosystem you can only use our ecosystem and never use anything else. It’s, ‘Here’s our protocol, go for it.’ How the protocol works is you connect to our device and it shows you everything you can do; you don’t even need to contact the manufacturer for information.”

For the modules that are available in the Smart Pi ecosystem, the OCA framework enables communication between audio and visual elements of the customer information system. For example, when a live announcement is being made at a station platform, the digital signal processor (DSP) communicates between the microphone and the Smart Pi EYE information screen to show a hearing loop logo. The announcement is transmitted over the local hearing loop and the visual notification enables a hearing-impaired person to know an announcement is being made, flip their hearing aid to loop mode, and understand the information.

Because each device is running on the same network language, these connections can easily be made without the need for individual integration.

“Everything works together and it’s built to do that out of the box,” said Lowndes.

Having this open communication protocol also allows for the software that is running behind the announcements to be easily updated as new features or patches come out.

“In a lot of the systems that people are using at the moment, they put it in, they make it for that project and it never gets updated. So, you are now 10 years behind because it takes that long before they’re ready for a major upgrade to do something else. With us, we’re releasing updates, you get access to the updates so you can get all the new features,” said Lowndes.

With the people who use the train network the ultimate users of the Smart Pi system, a focus throughout the development process has been on ensuring that the design is based on how people will use it. This has started with the interface that the operator would see. The system is web-based allowing it to be access anywhere and from any device without the need for dedicated application. During the development of the software tm stagetec has worked with Smart Pi to ensure the system is built for its human users.

“We’re trying to use generic language, so you don’t need a university degree to work out what we’re doing,” said Lowndes. “For instance, our audio processing main block, you could call your audio processing block, but we just call it a zone, because that’s what it’s doing. It’s still got all the amazing technical stuff behind it, we’re just trying to do that underneath so that standard installers, electricians, operators, or whoever, can configure and use the software without having to go and do a four-week course.

“We’re really trying to make it human, not technical not audio, but human.”

Not only designed to be used by network controllers at a rail operations centre, the design of the software is taking to account that its users could be station attendants, guards, or customer service personnel. This has had a direct impact on the layout of the system.

“For things like ambient noise control, if you increase the volume, we have created a very simple graphical user interface to say here’s the top, and here’s the bottom and it just stays inside of that range, you don’t need to understand thresholds,” said Head.

For the end users’ perspective, the system is on display in tm stagetec’s Sydney showroom, where many of the staff and visitors use the nearby Mascot station daily. With the products on display, common gripes or suggestions can be incorporated as they arise. One issue that has arisen with the visual display is the need to reduce scrolling text that cannot be read at all times.

“If the train is going to 20 different stations and I just miss it scroll past my destination while the train is on the platform, and I might miss my trains if I have to wait for the stop to appear,” said Lowndes.

“We came up with a concept of we want you to be able to look at the screen and get as much information as possible in three seconds.”