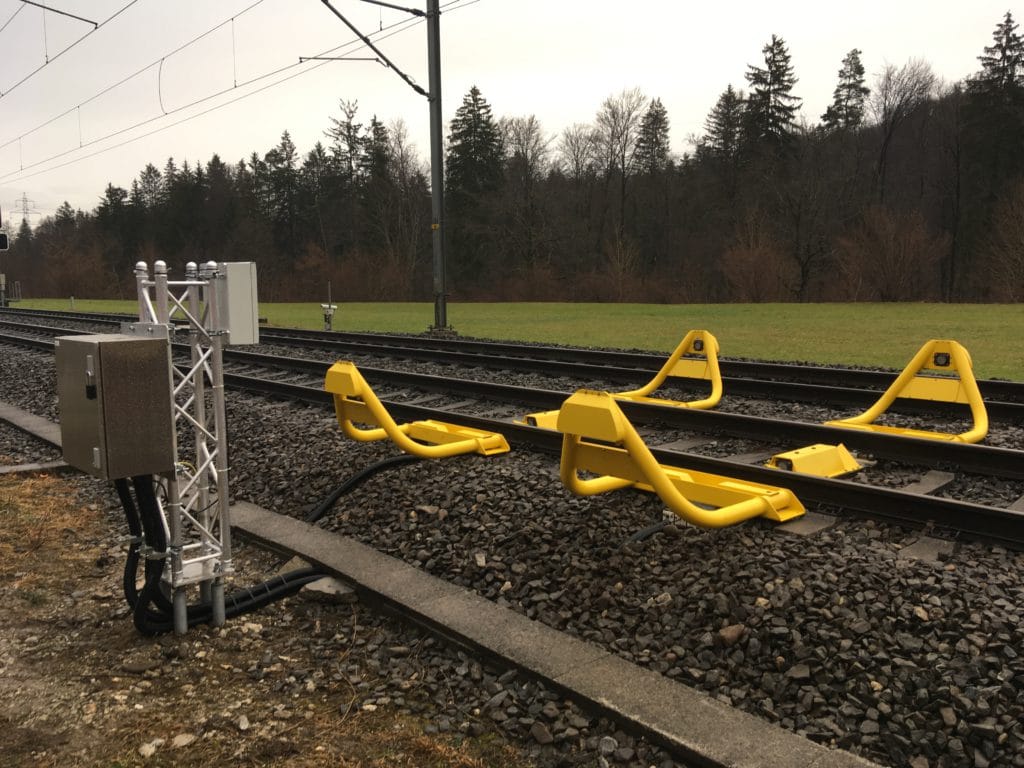 The company boasts 150-plus rolling stock and 600-plus infrastructure condition monitoring sites throughout Australia’s railway networks, and tens of thousands more worldwide.

Rail Express speaks to senior vice-president of voestalpine Signaling’s Australian Branch Office, Daniel Crisp, about some of the company’s large portfolio of products.

In the past, the detection of rolling stock defects has traditionally relied upon manual inspections in a depot.

But today new technologies such as those offered by voestalpine Signaling provide more innovative ways of monitoring the rolling stock, without the need to have vehicles out of service for such inspections.

Classical hot box and hot wheel detection (HBD/HWD) systems have been in use for decades to monitor temperatures of wheels and axle bearings.

“voestalpine’s HBD/HWD systems, not only reliably measure and alarm on abnormal component temperatures, but go beyond that by providing users with complementary “smart data” to diagnose rolling stock defects,” Mr Crisp said.

In the wake of the recent ATSB investigation into a derailment in Western Australia due to a broken wheel, it is a timely reminder that broken wheels or shattered rims can have catastrophic consequences.

“Unfortunately, cracks in wheels can often initiate at the outside edge of the wheel tread, where they are not detected by traditional wheel defect detection systems,” Mr Crisp said.

“voestalpine’s Cracked Rim Detection (CRD) function is designed to detect these cracks before they propagate into the running surface of the wheel.

“In order to detect the forces generated by these cracked rims, a specially developed voestalpine Railway Systems track panel (with a wider gauge) forces passing train wheels to run on the outer area of the tread.”

“A set of sensors – based on voestalpine’s proven fibre optic sensor for wheel defect detection – clamped under the rail then precisely monitor the outer rim of the wheel. This technology has been quite successful in the North America in detecting cracks in rims, in many cases even before camera vision based technologies.”

“The AMS system analyses sounds emitted by the bearings, diagnoses the fault by using established sound patterns and then classifies the fault by comparing the sounds with an established database,” Mr Crisp said.  “voestalpine’s engineers have over 20 years of experience in AMS technology.”

Increasing demands on infrastructure and the requirement for up to 24/7 availability mean that train operators are being confronted by unprecedented challenges worldwide.

Mr Crisp said that because rising maintenance costs are often the result, in order to survive in competition with other modes of transport, optimised life cycle costs are essential.

ROADMASTER offers a fully digitalised and intelligent monitoring system for infrastucture assets that can be individually adapted to the customer’s needs. All categories and functions are available within an integrated software platform.

“By using various sensors, measured variables are quantitatively recorded in order to determine the performance and ‘health’ of the monitored asset,” Mr Crisp said.

“The use of non-invasive technology allows a completely risk-free measurement. Hardware with flexible options that were developed specifically for railway applications, processes the information from the sensors.”

“Special database servers analyze the recorded information and generate performance statistics for all assets, which are the basis for decisions on an availability-based maintenance strategy.”

Turnout system faults are normally the most frequent cause of costly delay minutes. By using intelligent switch diagnostic systems, imminent faults are detected at an early stage before the railway operations are negatively affected.

“In this way the necessary measures can be initiated promptly, failures can be avoided and maximum availability can be ensured,” Mr Crisp said.

The various methods of train detection (including track circuit or axle counter) are a vital part of many signalling systems and maintaining their performance is fundamental to the safe operation of the rail network.

“TDM reliably identifies deterioration in performance and creates alerts to allow maintenance before failure occurs. Non-invasive sensors monitor the track circuit and send the data to a central server, where it is analysed using specialist software. The software is equipped with preset multiband alarm levels, to detect when the operatation of a track circuit starts to deteriorate,” Mr Crisp said.

“Alarm events are sent to designated users who can react immediately and initiate necessary corrective actions in a timely manner.”

Rail movement and changes in rail temperature can have a significant impact on the performance and reliability of the track, installed assets and rail expansion joints.

“The measured values obtained in this way provide valuable data both for the reliability of track systems and for the structural integrity of bridges, and thus allow a comprehensive long-term analysis as a basis for efficient maintenance.”

“Sensors continuously record vertical and lateral movements, rail breaks (using ultrasonic pulses through the rail) and temperature differences and transmit these values to a server.”

“The data is evaluated and compared with corresponding reference data to enable early fault detection.”