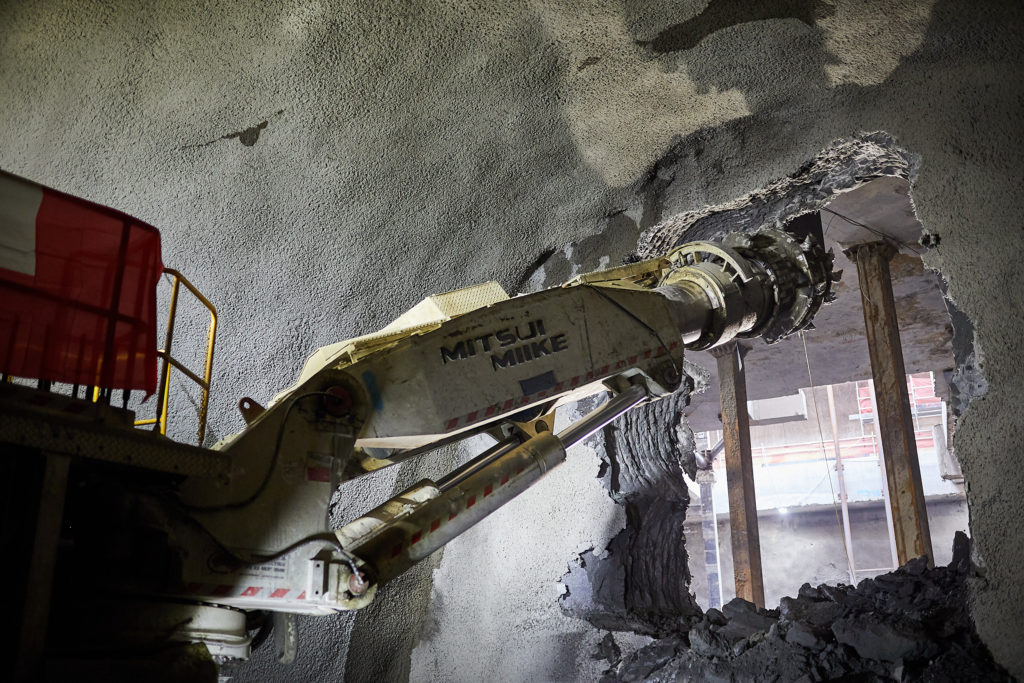 The TBM’s 785-metre-long drive from Karangahape Station to Aotea Station in the heart of Auckland’s midtown is planned to finish early in the new year.

“We’re very happy to be on the move again for Auckland,” says Francois Dudouit, Project Director for the Link Alliance, which operates the TBM.

“Our teams above and below ground have adapted successfully to working in a covid environment and arriving safely for breakthrough at Aotea is our new goal.”

The 130-metre-long TBM ‘pushed’ its way 223 metres to the northern end of the Karangahape Station cavern to resume its work – cutting into the earth, removing spoil along a conveyor belt, and lining the tunnel with concrete panels.

Two roadheader machines – one named Dame Valerie Adams to honour the NZ world and Olympic athletics champion, and the other after New Zealand aviation pioneer Jean Batten – have ended  their work excavating Karangahape’s two platform caverns. The job was completed with the last breakthrough from the caverns into the ‘box’ where the Mercury Lane entrance to the station is being built.

Karangahape will be the country’s deepest railway station.  It stretches below the Karangahape Road ridgeline with entrances at Mercury Lane and Beresford Square.

Together, Jean Batten and Dame Valerie Adams excavated and removed about 84,000 tonnes of sandstone.

Temporary support within the platform caverns and connecting cross passages or adits has so far involved the installation of 7000 rockbolts and spraying 6000 cubix metres of shotcrete.

Large machines like roadheaders and TBMs working underground are traditionally named after women of significance.

At Aotea, Dame Whina Cooper will be dismantled underground and returned to Mt Eden in sections, reassembled and then excavate the second rail tunnel in 2022.

A completed 3.45-kilometre-long CRL will revitalise Auckland’s rail network, making it easier and quicker to access the central city for work and for play.