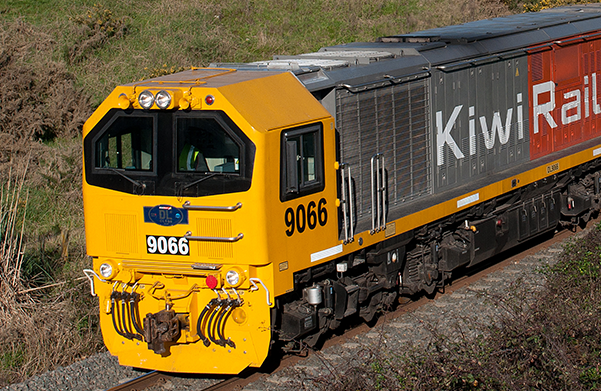 The new spur line to link Northport and Whangārei is a positive development and should create a resilient rail network, according to Greg Miller.

The government recently announced funding to build a 19km rail line between Whangārei and Northport and to upgrade the rail line north of Whangārei to handle heavy freight trains as part of its updated commitment to transport infrastructure projects through the New Zealand Upgrade Programme.

“This investment is significant for KiwiRail and for Northland,” Miller said.

“Earlier this year, KiwiRail reopened the Northland line between Auckland and Whangārei after lowering the tracks in tunnels, replacing bridges and generally upgrading it. The NZ Upgrade Programme announcement today fills in the missing pieces by adding the spur to Northport, and further upgrading the mothballed line north from Whangārei to Otiria.

“This is about creating a resilient rail network for the region, reducing carbon emissions, creating jobs and helping local businesses to grow. It will also see the creation of the first significant new rail line in New Zealand since the 1950s.”

Miller said when Northland’s port moved from Whangārei, KiwiRail’s freight movements in the region dropped from around a million tonnes a year to about 100,000 tonnes.

“The Ministry of Transport’s 2019 Northland rail business case found that with these improvements, rail tonnage into, out of and around Northland could reach 2.2 million tonnes a year. I think it can go even higher.

“The middle and far North are becoming the ‘North of Plenty’, potentially seeing the kind of horticulture growth that the Bay of Plenty experienced in the 1950s. The Government investment is ensuring this area is properly rail connected, and that means producers can get their exports to Northport and their produce around New Zealand easily, efficiently and in a more environmentally friendly way,” he said.

“Rail services and the Kaimai Tunnel enabled Port of Tauranga to grow into what it is today. In the same way, rail will be able to support Northport and bring wider economic benefits across Northland.”

The Marsden spur will be a 19km rail line connecting Northport to the Northland rail line at Oakleigh, south of Whangārei.

KiwiRail has previously received funding to purchase the land that is needed for the spur, and this process is already underway. A study will be undertaken to finalise the scope, cost and timing for the spur build and KiwiRail will be engaging with iwi and other stakeholders. KiwiRail is committed to using local construction businesses and material suppliers wherever possible – as it did for the Northland Line upgrade.

The Northland line between Whangārei and Swanson was closed in the second half of last year for upgrades, including lowering the track in 13 tunnels to allow wagons carrying hi-cube containers to travel through for the first time. It reopened in January and improvements are continuing.

The work to reopen the line from Kauri to Otiria, north of Whangārei, and to increase its axle loading will begin in 2022.

Other funding from today’s NZUP announcement confirms that three new stations, with full transport connections, will be built in southern Auckland.