Procurement has formally begun for major contracts to deliver Sydney Metro West, after seven station locations were confirmed by the state government.

Work will commence at the Bays Precinct where the major tunnelling will originate. Starting next year, two years behind schedule, early work will include site surveys, investigations and road relocation. Tunnel boring machines are not expected to start digging until 2022.

The NSW government announced this week that it was initiating the procurement process, searching for suppliers capable of building more than 50 kilometres of new metro railway tunnels connecting the Parramatta CBD with the Sydney central CBD.

This is likely to be the biggest tunnelling contract awarded in Australian history, for the longest railway tunnels ever built in Australia.

The metro is expected to reduce the travel time between Parramatta and the Sydney CBD to around 20 minutes. The seven confirmed metro station locations are Westmead, Parramatta, Sydney Olympic Park (a second station), North Strathfield, Burwood North, Five Dock and the Bays Precinct.

A map published this month by the state government is still investigating the feasibility of a metro station in Pyrmont, a potential detour to an additional station at Rydalmere, and the location of another Sydney CBD metro station. The map shows Clyde as a site for stabling and maintenance of the line’s rollingstock, and a service facility at Silverwater. 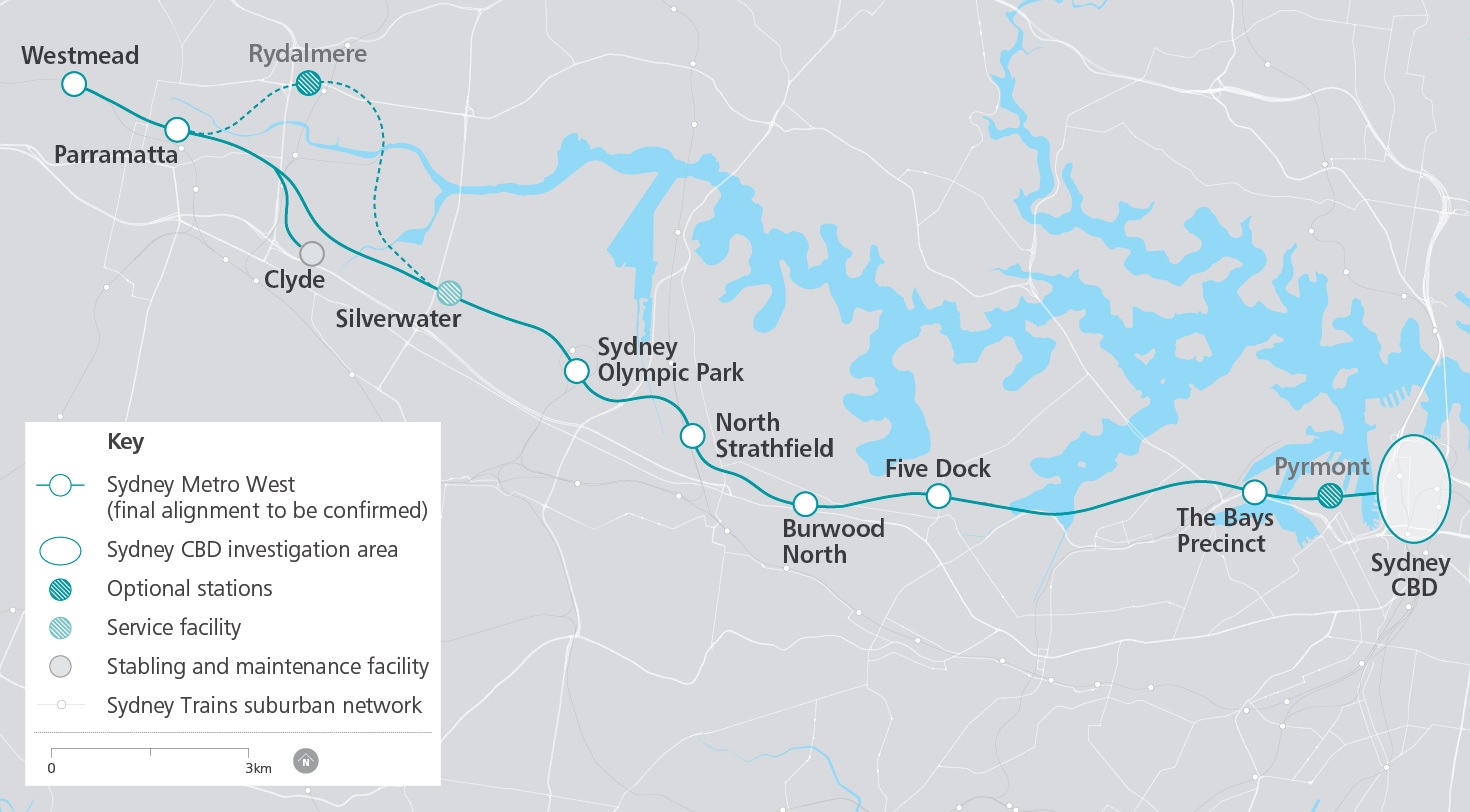 “The Western Sydney Metro will fundamentally change how we get around our city for generations to come, connecting Greater Parramatta and the Sydney CBD with fast, safe and reliable metro rail,” said NSW Premier Gladys Berejiklian.

“We’ve successfully delivered the North West Metro Line early and $1 billion under budget, the next line from Chatswood to Sydenham and Bankstown is on track to open in 2024, and now the next Metro project is underway.”

With the T1 Western Line and the T9 Northern Line expected to reach capacity within the next decade, the government needs to fast-track the necessary infrastructure projects.