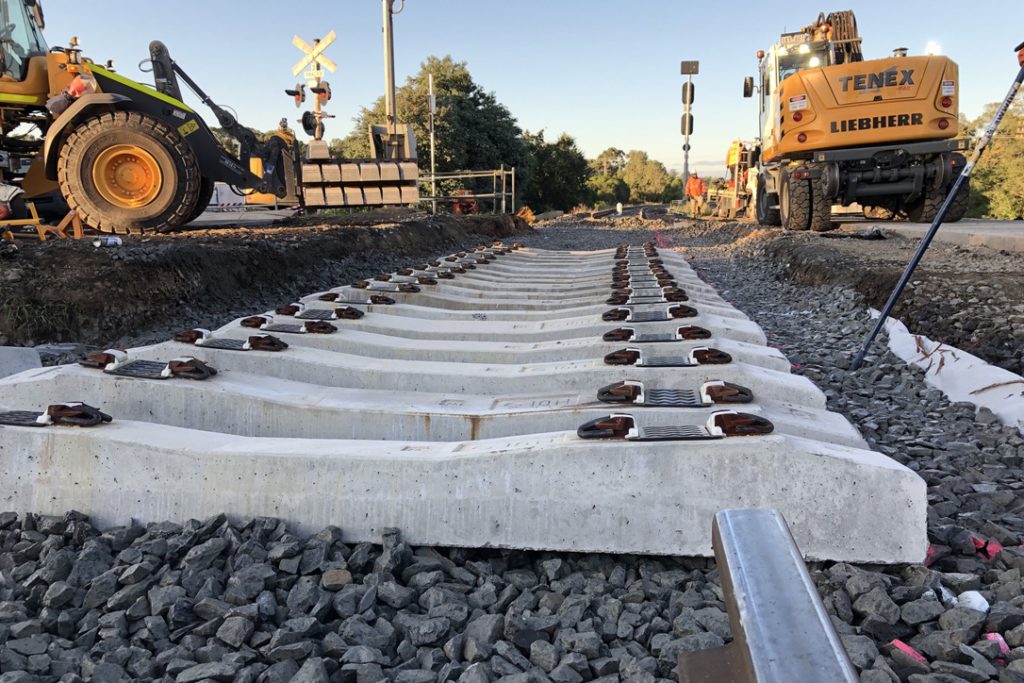 Work on the North East Rail Line will be complete in mid-2021, well ahead of their original completion date.

The fast-tracked works program has been underway since July, when the NSW and Victoria border was closed and services were suspended. Coaches have replaced trains between Melbourne and Wodonga since then.

Train services are scheduled to return to the full length of the line on Tuesday, December 1 once the NSW border reopens.

Deputy Prime Minister and Minister for Infrastructure, Transport and Regional Development Michael McCormack said the closure of the line opened up an opportunity to speed up the works.

“The Australian Government is investing $244 million in the package of works to improve this major rail corridor and we’re now more than three-quarters of the way through construction thanks to the great progress we’ve made while trains weren’t running,” he said.

An additional 20 rail bridges have been upgraded than first expected, taking the total number of bridge upgrades to 50 while track turnouts at Seymour and Violet Town have been renewed to improve ride quality and reduce delays. Over 80 level crossings have also been renewed.

Victorian Minister for Transport Infrastructure Jacinta Allan said that not only would travellers benefit from improvements to rail infrastructure, but new rollingstock as well, with standard gauge VLocity trains from Bombardier to run on the upgraded line for the first time.

“The Victorian Government is investing in more comfortable VLocity trains, which will run on the line for the first time once our massive upgrade is complete and the trains have been tested to guarantee safety for all passengers,” Allan said.

“Locals will see the benefits of our accelerated works as soon as trains return to the line, with track upgrades delivering more comfortable, reliable services straight away.”

Temporary speed restrictions on the line will also be lifted once trains return.

Additional enabling works to enable the standard gauge VLocity trains to run on the line are being conducted by Rail Projects Victoria and the Victorian Department of Transport. Joint funding has gone towards stabling facilities at Albury for the new trains. Other works include work on level crossings and station upgrades at Donnybrook and Wallan.