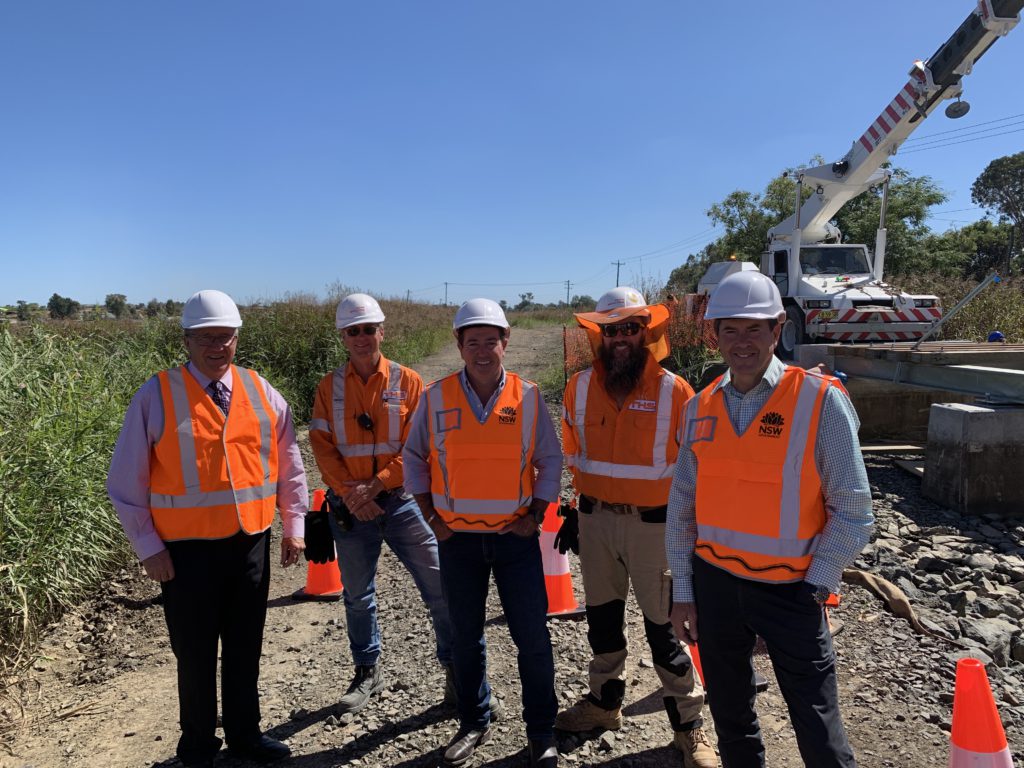 The swanky new rail bridge is expected to provide better links between Tamworth and Port Botany.

The first of four new bridges has been installed as major work gathers pace on reinstating the rail line between West Tamworth and Westdale.

Regional transport minister Paul Toole said the $35 million project to reinstate the line would ensure Tamworth has a strong and viable rail network linking the Tamworth Regional Freight Terminal and providing connectivity through to Port Botany.

“Reinstating about five kilometres of rail line between West Tamworth and Westdale will be a game changer for the region, helping to increase productivity and improve competitiveness for producers in the region, connecting them to key markets,” Toole said.

“We are investing in our rail infrastructure to meet growing freight demand, which we expect will increase 12 per cent to 286 million tonnes in regional NSW over the next 16 years.”

Member for Tamworth Kevin Anderson said the eight metre bridge structure was a major milestone in the reinstatement of the five kilometre section of line to service the Tamworth Regional Freight Terminal.

“Four bridges varying in length between four metres and 106 metres will be installed as part of the project,” Anderson said.

“In addition to the four bridges, the project includes the replacement of four culverts and the upgrading of level crossings at Gunnedah Road, Evans Street and Dampier Street, creating about hundred jobs during construction.

“The project is expected to be completed by the end of this year and will improve the efficient movement of freight and increase competitiveness of the freight industry into the coming decades.

“Projects like these will better connect our producer’s with markets across Australia and the world.”