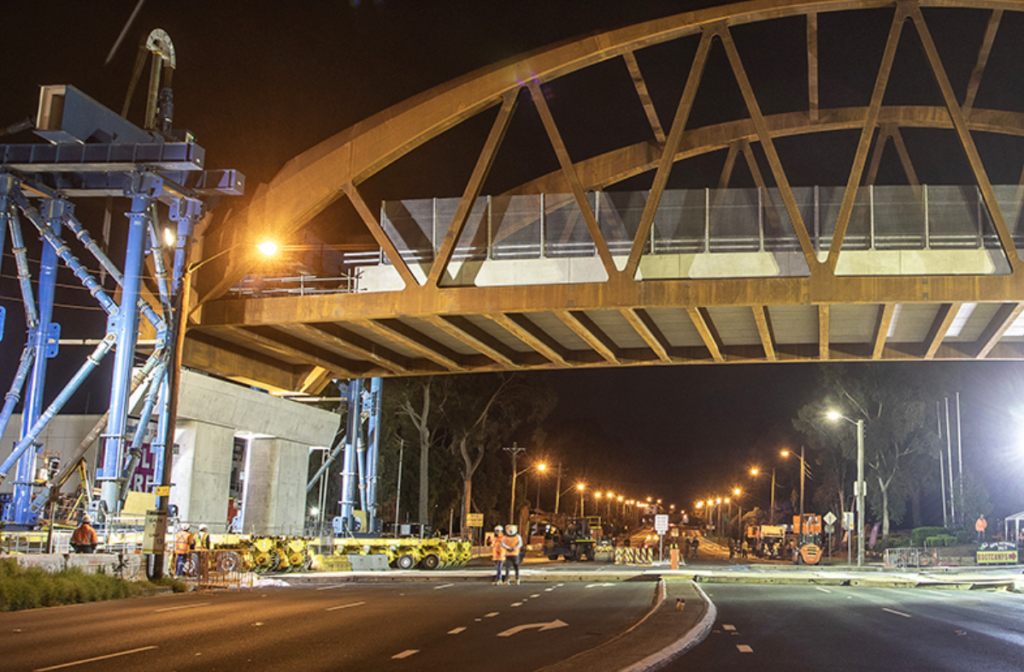 More than 200 workers have been involved in building and moving the 64-metre long and 16-metre-wide bridge across James Ruse Drive in Rosehill.

NEW South Wales’s second longest steel arch bridge has been lifted into place over a busy Sydney road, in what has been described as “a major milestone” for the Parramatta Light Rail project.

The bridge is to connect light rail users, pedestrians and cyclists across James Ruse Drive in Rosehill which has 65,000 vehicle movements each day.

More than 200 workers have been involved in building and moving the 64-metre long and 16-metre-wide structure.

It took four self-propelled modular transporters, also known as heavy haulage jacks, eight hours to move and lower the structure onto the bridge piers. The bridge will now be fitted out with light rail tracks.

The bridge will connect the local community with the new Tramway Avenue light rail stop on the western side of James Ruse Drive, and make it much safer for pedestrians and cyclists to cross the busy road.

The Parramatta Light Rail project is committed to using Australian resources and manufacturing – the steel was fabricated in a workshop at Rooty Hill and the bridge then assembled in Rosehill.