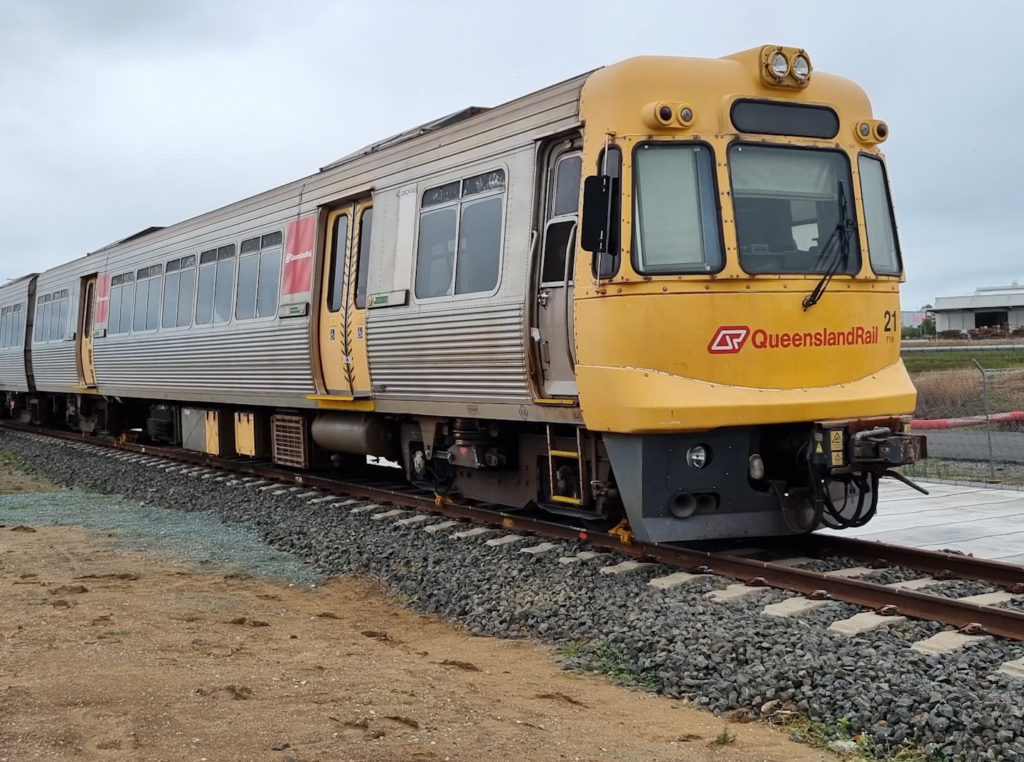 A retiring Queensland Rail train has been given a new lease of life and will now be used by firefighters for decades to come, enabling them to undertake realistic and comprehensive training for rail emergencies.

“This is an outstanding collaboration between Queensland Rail and Queensland Fire and Emergency Services (QFES) that is really putting the ‘train’ in training,” he said.

“Queensland Rail has constructed a rail environment at the Academy, including 85 metres of railway track complete with sleepers and ballast, and they’ve now delivered and installed a real, retired three-carriage train.

“This will give firefighters and other first responders safe, unimpeded access to a realistic rail environment to practice operational scenarios and emergency rail responses.

“It will also allow multi-agency exercises to take place without security concerns for the public or any impacts that come with training on the operational rail network.”

“This project is providing our crews with an exciting opportunity to train on current rail equipment and strengthen our interoperability with other first responders to rail incidents,” he said.

“We are fortunate to have this amazing facility available at QCESA which will integrate into the greater suite of props we have.

“This train joins other true to life training props at the facility.  From a retired plane, to shipping containers for live fire training and a six-storey building reduced to rubble for search and rescue practice, the Academy is equipped with a range of facilities that allow firefighters to practice their skills in various scenarios.

“This retired train will now allow QFES crews, along with Queensland Rail and our emergency services colleagues, to conduct training on a real train, in a real rail environment.  All agencies will be able to work together to test their operational response, in a safe and controlled setting.”

The train, known as EMU21, had been introduced in 1981 and was decommissioned this year after serving more than 12 million kilometres on the Queensland Rail network.

“The train’s nearly 70-kilometre journey from Ipswich to the training facility was a major logistical feat, which involved it being dismantled and lifted by crane onto a truck.

“The route was meticulously mapped out and obstacles along the way were measured precisely to ensure the train’s final journey went smoothly.”