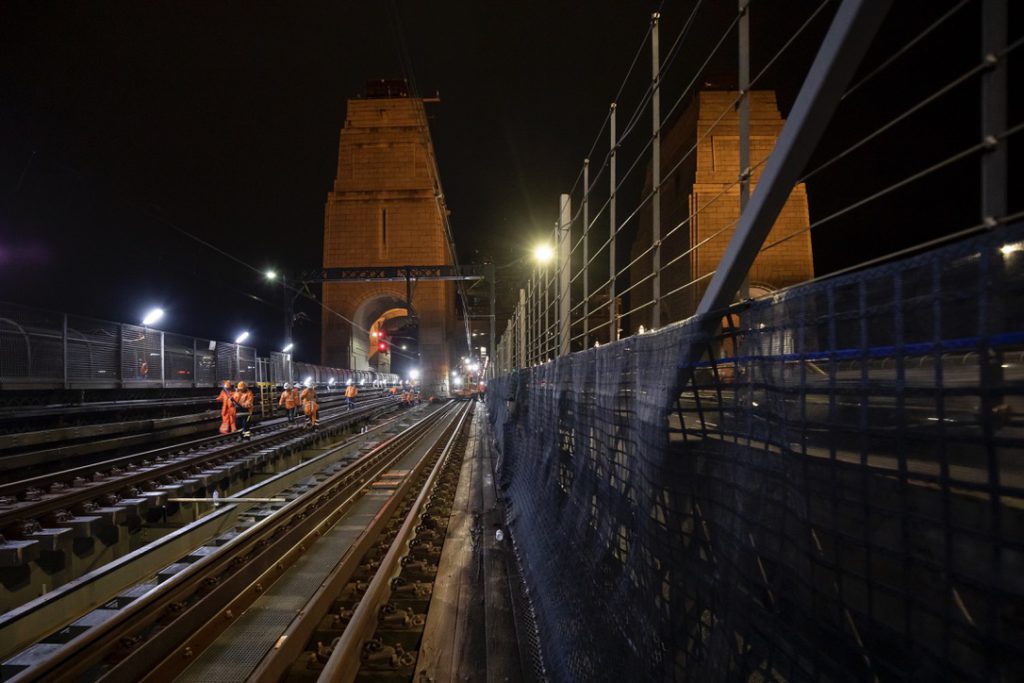 The first trains have run over a new concrete deck on the Sydney Harbour Bridge.

Installed to replace the ageing 555-metre timber deck on the northern and southern approaches, the concrete composite deck will reduce maintenance by being more robust and using longer lasting materials.

NSW Minister for Transport and Roads Andrew Constance acknowledged the work of teams who completed the work during a 10-day shut down.

“I would like to thank the more than 420 people who worked through the heavy rain and around the clock to complete the biggest upgrade to rail over the bridge in its history. They have helped extend the life of the 88-year-old railway corridor by another 120 years,” he said.

The complex engineering required for the project included removing the existing railway infrastructure, dismantling the timber deck and installing 266 locally made concrete panels.

“This is a once in a generation opportunity and we have had some of the best engineers in the world design and deliver a concrete deck that will allow trains to run more quietly, smoothly and more reliably, providing a better experience for our customers and also neighbouring residents,” said Sydney Trains acting chief executive Suzanne Holden.

While the majority of the work has been completed, final touches will be added in scheduled weekend maintenance.

As the bridge is at the core of the Sydney network, finding alternative transport options for the city’s busiest rail corridor was a major effort in itself, said Transport for NSW acting deputy secretary Howard Collins.

“Keeping customers moving during the temporary closure of the rail line across the bridge was a significant operation, involving hundreds of extra bus drivers, marshals, network managers and customer service teams out on the ground. Our staff have worked around the clock to ensure the network ran smoothly while Sydney Trains crews carried out this important work,” he said.