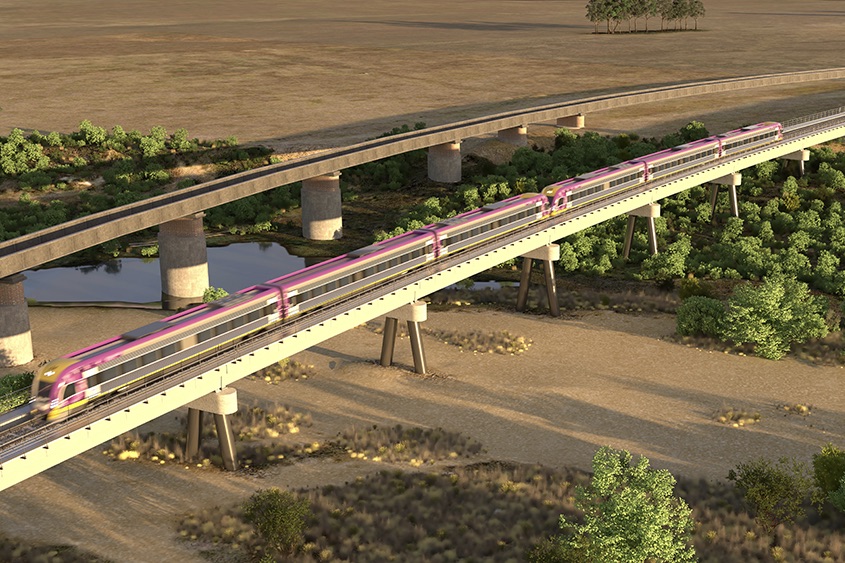 The first trains have run over the new Avon River rail bridge in Stratford, three months ahead of schedule.

Trains are now able to cross the Avon River at 90km/h, a significant increase on the previous speed limit over the old bridge, said Deputy Prime Minister and Minister for Infrastructure, Transport and Regional Development Michael McCormack.

“After years of having to cross the historic Avon River Bridge at just 10km/h, trains will now be able to travel much faster, ensuring a boost in reliability and efficiency for passengers catching trains on the line,” he said.

Local federal MP Darren Chester said the significant of the newly completed bridge would not be lost on the local community.

“The last train passed over the old bridge around 10 days ago in what was a historic moment for Gippsland. Today is equally important as the new bridge is used for the first time.”

A works blitz was conducted from Saturday, November 28, to Sunday, December 6 to connect the existing rail line with the new bridge. Upgrades to the McAlister Street level crossing were also part of the 7,000 hours worked by crew.

The upgrades to the Avon River bridge are part of wider improvements to the Gippsland Line. With the bridge now complete, focus will turn to the track between Traralgon and Pakenham, said Victorian Minister for Transport Infrastructure Jacinta Allan.

“With the Avon River Bridge now rebuilt to provide people in East Gippsland with more reliable services, we’re not wasting a second getting on with the Gippsland Line Upgrade’s major works to give all Gippslanders more frequent access to train travel and create hundreds of jobs,” she said.

VicConnect, a consortium of UGL Limited, Decmil and Arup, has been selected as the preferred contractor for works involving track duplication, extending the Morwell crossing loop, upgrading level crossings and signalling, and adding second platforms at four stations.

“This major package of works will have significant benefits for passengers, including 40-minute off-peak frequency for trains between Traralgon and Melbourne and more reliable services right along the Gippsland Line,” said Allan.