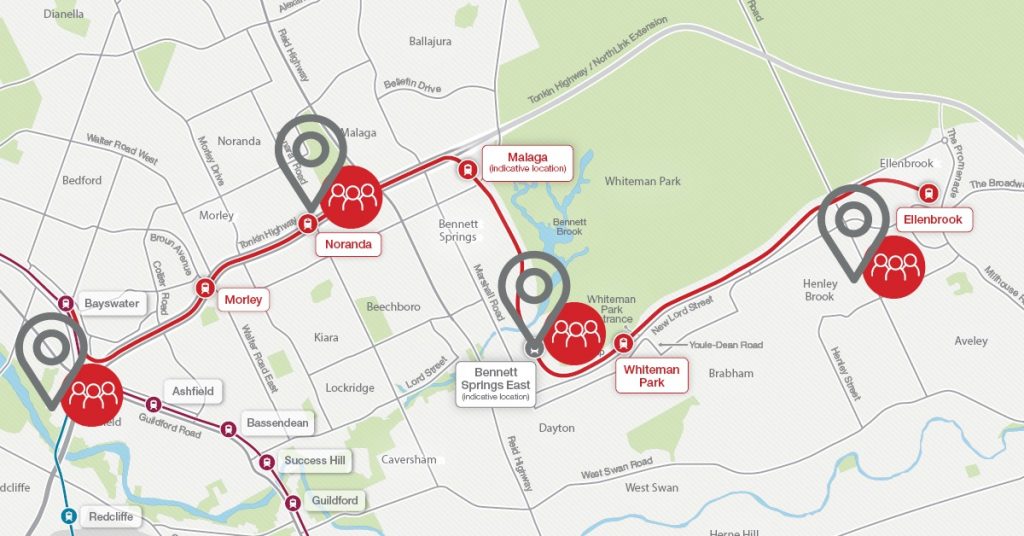 An amendment bill has been launched in WA Parliament to authorise the construction of the Morley-Ellenbrook line, the third planned under the state’s Metronet legislation.

Labor’s newest Amendment Bill for the Railway (Metronet) Act targets the proposed 21-kilometre spur off the Midland Line and was introduced to Parliament on September 26 by transport minister Rita Saffioti.

The Morley-Ellenbrook line would spur off the Midland Line at Bayswater, run down the middle of the Tonkin Highway, through land north of Marshall Road, along the New Lord Street alignment, and finish in Ellenbrook.

Saffioti said the legislation was being launched with the view of kicking off procurement for the main construction works for the project in early 2020.

“I have always said the McGowan Labor Government would build the Morley-Ellenbrook Line – even if I had to lay the track myself,” she said.

“This Bill will enshrine this promise in legislation, making sure Perth’s fast-growing north-eastern suburbs get the train they so badly need.”

By 2031, the government estimates the train line will take more than 10,000 car trips off the road every day. Under the current alignment, it’s believed passengers will be able to travel from Ellenbrook to the Perth CBD in 30 minutes, with the train stopping at new stations at Whiteman Park, Malaga, Noranda and Morley, with another station at Bennett Springs East to be added in the future.