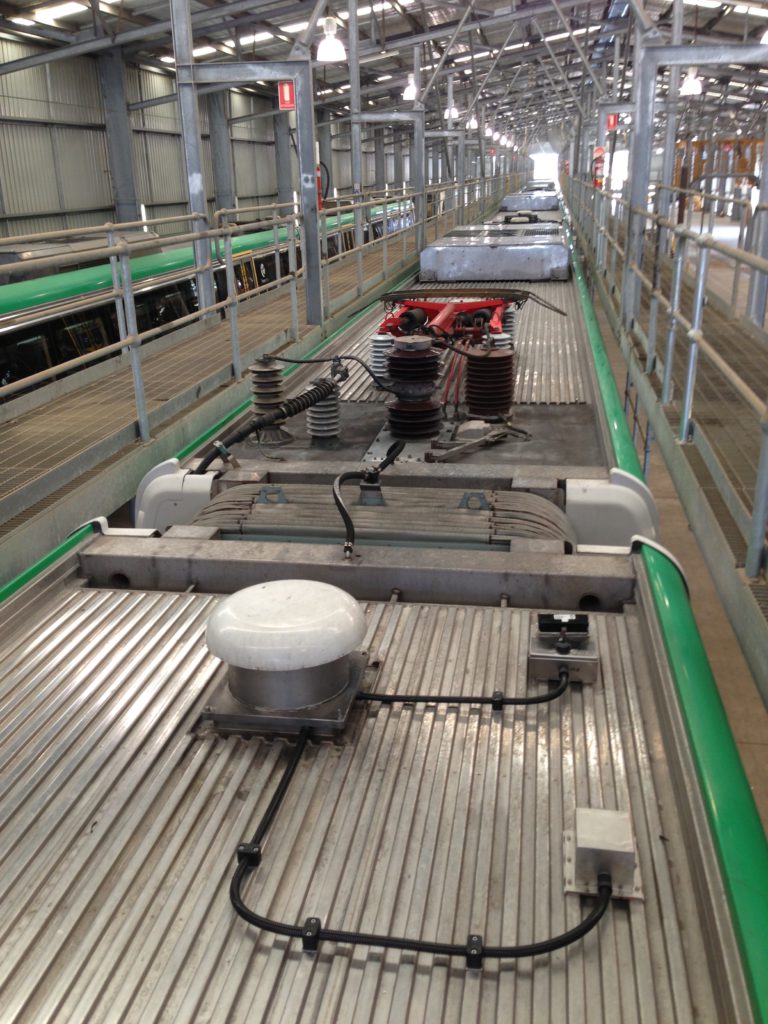 Back in 2010, DTI representatives visited one of their customers in the United Kingdom who had invited them to see how well their on-train pantograph recording systems were working at capturing the overhead wire and pantographs in high quality, in all lighting and weather conditions.

At the desk sat a maintenance engineer with notepad, coffee and donuts sifting through hours of pantograph recordings. His job was to observe, detect and write down every anomaly with time/data and GPS location.

As expected, numerous events were missed, especially after two to three hours into a manual observation session. As a direct result of this visit, DTI identified an enormous opportunity in the OLE condition monitoring and one that could be rolled out onto normal electric locos, at fraction of the cost of purpose-built survey vehicles. Additional rail customers were consulted, a design brief was created and development at DTI’s head office in Perth was fast tracked.

DTI global business development manager, Fred Erdbrink, said a pilot system was first deployed in 2011 with excessive arching and abnormal pantograph activity detection as the core functions. This early system was a success as it was highly effective in capturing pantograph and overhead wire anomalies that were previously undetected by the human eye during replay. Unfortunately, the early technology available at the time meant the system also generated numerous false positive alerts, which also required an operator’s time to filter out what weren’t real events.

“Ten years on and OHCAM has become a highly sophisticated system using the very latest in Ai-Deep Learning technology, which is used to filter out environmental and other scene interference that could previously be indexed as a false event,” Erdbrink said.

“The latest user interface also allows for operator feedback and input to further enhance the reliability of information being reported.”

To meet the individual needs of each operator, the OHCAM system comprises several modules that can be used as a combined enterprise rail communications suite or as standalone modules:

Where high-speed 4G/5G networks are available, the OBSERVER module can also analyse and record video in the cloud, in near real-time. If high cellular data usage associated with continuous transmission to a cloud-based analysis server is a concern and/or event reporting is required within the shortest possible time, then the system can be configured to carry out analysis on-board the train. 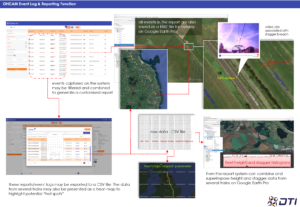 The DTI system has rapidly grown in popularity. Hundreds of systems are in operation across the EU and the UK, providing rail maintenance teams with those crucial early warnings. For these operators, OHCAM has become an essential tool for many as an early warning to what could develop into a major catastrophic event such as a de-wirement or OLE entanglement. “In Australia, the PTA were one of the first to adopt the DTI system and are still using it today,” Erdbrink said.

OHCAM has the potential to detect and report potential faults on the network in real-time. As each section of the network is measured multiple times per day, providing proactive maintenance data, as it is also possible to accurately predict erratic height/stagger changes to ensure even wear on carbon strips and prevent potentially serious OLE failures.

Hi-Definition video recordings of the section of track associated with the alert can be obtained in real-time over the 3G/4G network so the fault can be assessed with appropriate action taken immediately.

“Since a maintenance crew may have to travel many hours to fix a fault, the OHCAM data will assist management in determining the level of response and priority within the existing maintenance regime,” Erdbrink said.

“In addition, the collaborative height/stagger data and arching events, collected from numerous operating rail vehicles that are running under the OLE will provide a highly accurate view of the overall infrastructure condition.”

The stagger and height breaches detected by OHCAM reflect true operating conditions which can be quite different from those collected by survey vehicles due to the variance in vehicle dynamics. In one example, a UK operator using OHCAM downgraded the status of their entire network after they witnessed indisputable video analytics evidence that overhead wire stagger from operating passenger trains were quite different from those obtained by their own survey vehicle.

Today, Video analytics for use in vehicle control and maintenance is commonplace. There is increasing financial pressure to decrease train downtime, which means the use of video-based data which is harvested and used for predictive analytics will continue to play a critical role. In the near future the system will be able to simply add a module to provide some exciting new enhancements. These will include:

OHCAM is a 100% Australian invention incorporating technology that is now protected by numerous patents, globally.