The NEWest Alliance, comprising CPB Contractors and Downer, will deliver both the Thornlie-Cockburn Link and the Yanchep Rail Extension under the major deal inked on December 17.

The team was announced as preferred bidders for the work in November, finalisation of the deal was delayed until now due to negotiations over the Thornlie-Cockburn Link, the cost of which has been upwardly revised by $180 million to $716 million.

The state government noted the extra cost was more than accounted for by the recently-inked Metronet Railcar Program deal, which came in $347 million under budget.

The project will add 17.5 kilometres of rail to connect the Armadale and Mandurah lines through existing stations at Thornlie and Cockburn Central. The new link will include two new stations at Ranford Road and Nicholson Road. 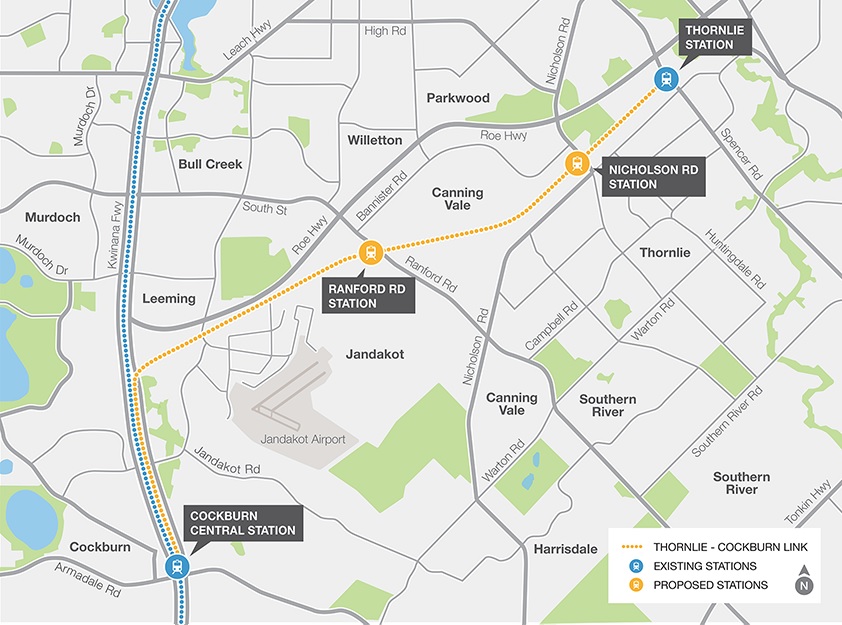 Federal finance minister Mathias Cormann noted the Thornlie-Cockburn Link would be the first east-west connection between rail lines on the Perth network.

“The project will also replace the pedestrian level crossing at Elliot Place with a footbridge, making rail travel much more user friendly for our community,” he said. “The Canning River Rail Bridge will also be duplicated and the Ranford Road Bridge modified.”

The Yanchep Rail Extension, meanwhile, will deliver the last proposed section of the Joondalup Line, from Butler to Yanchep, along a 14.5-kilometre route. 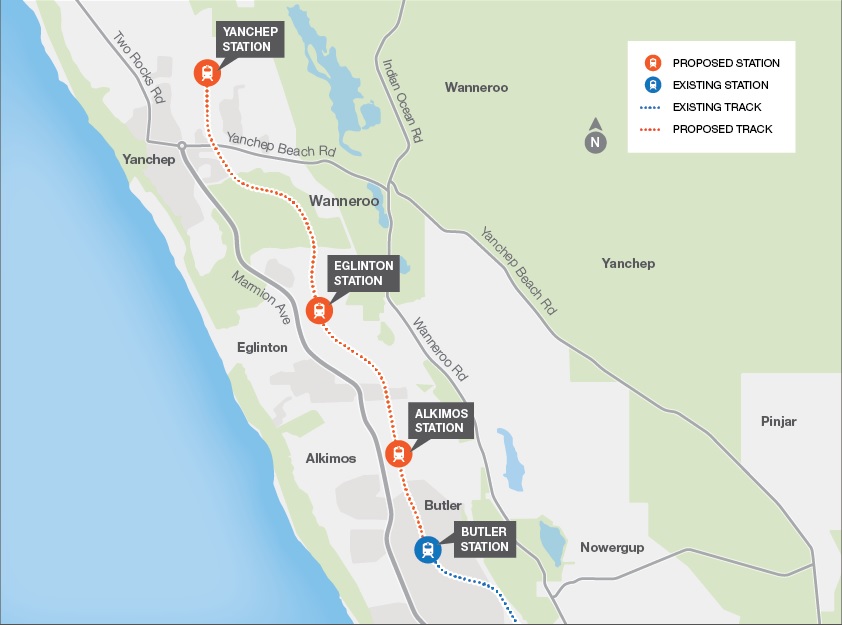 Federal cities and urban infrastructure minister Alan Tudge said the Yanchep Rail Extension would support 1,370 jobs during construction, to go along with the 1,680 expected from the Thornlie-Cockburn Link.

“The Yanchep Rail Extension will cut public transport journey times by at least 30 minutes to and from the city, getting people home sooner and safer,” Tudge said.

It’s estimated that by 2031, the Thornlie-Cockburn Link and Yanchep Rail Extensions will serve a population catchment of 400,000 people.

Premier McGowan said the contract packaging both projects, along with the many others signed under the Metronet banner, would make 2020 the year of Metronet projects moving forward.

“Next year is shaping up to be a defining year for Metronet construction,” he said. “Perth will have six Metronet projects under construction at once, creating thousands of local jobs and opportunities for local business.”

“The start of the Thornlie-Cockburn Link and Yanchep Rail Extension projects marks the beginning of a new era of rail construction in WA,” WA transport minister Rita Saffioti added.

“Along with bringing railcar manufacturing back to WA, our Metronet transformation will initiate ongoing work and training opportunities for locals. They are projects that we promised to the WA public and are now happy to be delivering on those commitments.

“Today’s contract signing is a major step towards giving Perth the public transport system it needs to grow and succeed in the 21st century. Connecting our communities and having efficient public transport links is the backbone of a strong, well-functioning city.”

While the governments have budgeted the two projects at a combined $1.25 billion, Downer and CPB Contractors each said their split of the revenue as $423 million apiece – for a total of $846 million going to the construction alliance itself.

Downer managing director Grant Fenn said the projects would be added to the company’s long and successful history of safely delivering transport projects around the country.

“We are pleased that our expertise in the design and construction of heavy rail, tracks, stations and rail bridges has been recognised,” Fenn said. “We look forward to working with our partner, CPB Contractors, to deliver this important and landmark Metronet project for the government and the people of Perth.”

It was also announced on Tuesday that WA Main Roads would also integrate early works for the Thornlie-Cockburn Link’s tie-in to the Mandura Line with its Kwinana Freeway widening works, which are currently under construction.

This integration will extend the road project’s timeline into early 2020.