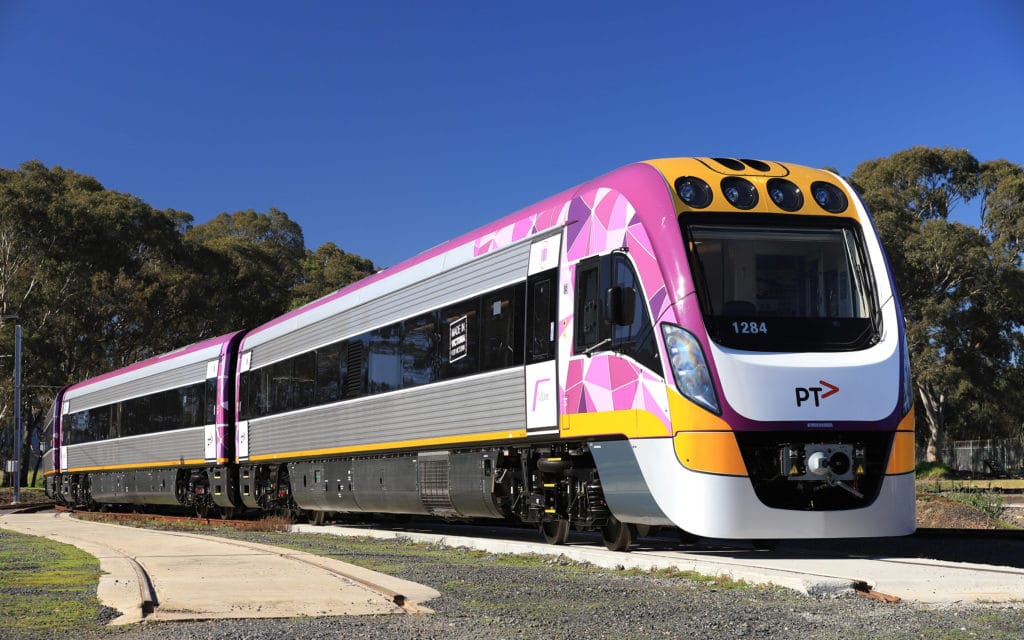 Passengers in Melbourne’s west now have more space on their train during the morning peak with the first nine-car VLocity train taking off from Wyndham Vale on Monday morning.

The longer trains, which have the highest-capacity of any regional commuter train in Victoria, will boost capacity by 50 per cent on these busy services along the south-west corridor – the busiest on the V/Line network.

Three nine-car services will run each weekday, with one in the morning peak starting at Wyndham Vale and two in the evening peak departing from Southern Cross.

As well as improving capacity, the nine-car trains will also provide more doors for boarding, reducing crowding in corridors particularly in peak periods.

Platforms will also be extended at Sunshine Station to allow nine-car VLocity trains to stop there in the future.

Passengers on the Geelong corridor will also benefit from other improvements following the completion of the Waurn Ponds Station upgrade.

Waurn Ponds Station’s new second platform and pedestrian overpass, as well as ramps, lifts and stairs opened to passengers over the weekend as well as a new walking and cycling path – giving passengers access to the station from the south side for the first time.

Commuters are now enjoying the benefits of 20 peak and off-peak weekday services have been extended to and from Waurn Ponds Station each week, with two extended services in the morning and two in the evening on weekdays.

More information about the new timetable is available online at ptv.vic.gov.au and on PTV’s journey planner app.

“We are pleased to also deliver an additional 20 extended weekday services to Waurn Ponds, providing more options for people to get to work, school and access services.”