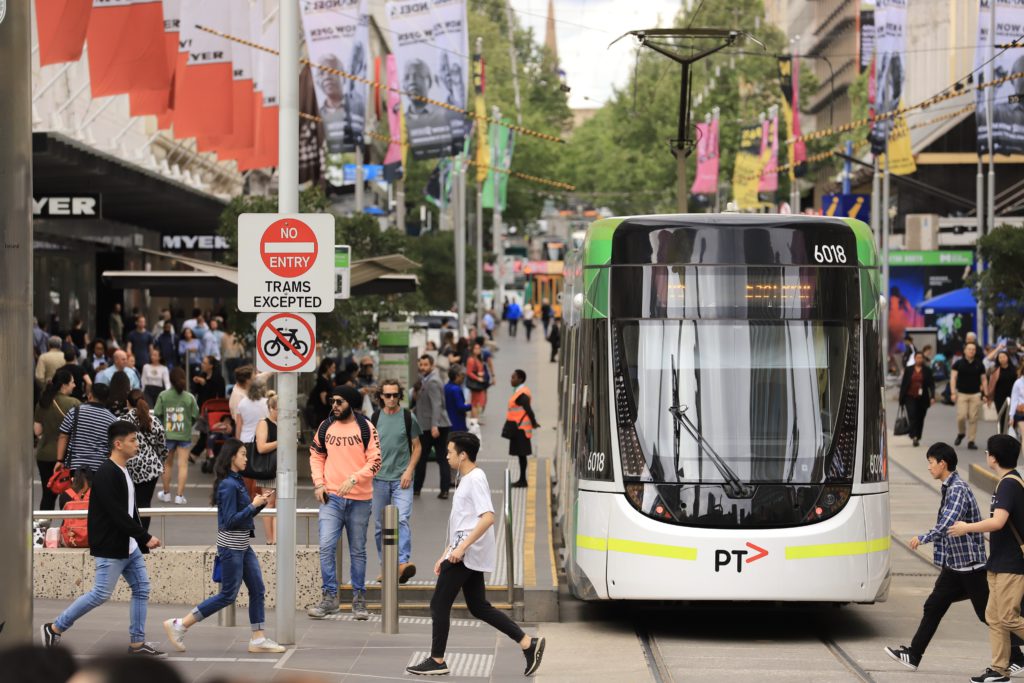 Infrastructure Victoria, the state’s independent infrastructure advisory body, has called for a business case for Melbourne Metro Two to be completed in five years.

The recommendation is one of a number of rail-focused improvements suggested by the body in its draft 30 Year Infrastructure Strategy.

The report spells out a number of immediate priorities for Victoria in its recovery from COVID-19. These include adopting peak and off-peak public transport fares, recently announced for 2021 by Minister for Public Transport Ben Carroll, making tram fares cheaper to spread demand and removing the free tram zone, to stop crowding in the CBD and increase accessibility.

“We are very pleased to see the government recently announce of a trial from February of cheaper, off-peak fares for public transport travellers, which our evidence shows will help get people back on public transport and reduce congestion. Our draft strategy takes it a step further, recommending off-peak fares become a permanent fixture in Melbourne, in addition to offering cheaper fares for trams and buses at all times.”

Longer term aims set out in the report making Melbourne and the state’s rail network more efficient and expanding the network to key growth areas. The report calls for the city loop to be reconfigured for cross-city train services once Melbourne Metro opens and investment in service upgrades through track, signalling and rollingstock project to increase capacity and service frequency.

Planning should also begin now on growing rail corridors to outer suburbs where growth is occurring, including on the Melton, Wallan, and Wyndham Vale corridors, and conducting a feasibility study for a public transport corridor to Wollert, in Melbourne’s outer north.

These changes should be part of a wider integrated transport plan which aligns transport and land use planning, as well as a revised infrastructure contributions scheme.

On Melbourne Metro Two, the plan outlines that a new underground connection linking the Mernda line to Newport, via Flagstaff and Fisherman’s Bend would be needed to achieve the urban renewal targets for Fisherman’s Bend. The new tunnel would also contribute to resolving network capacity issues as the City Loop reaches capacity.

In the regions, the plan recommends that the Murray Basin Rail Project plan be immediately revised to align with the reviewed business case, while ongoing maintenance across the regional freight network should be instituted. A long-term asset management plan would provide certainty for primary producers and the freight industry, the report notes.