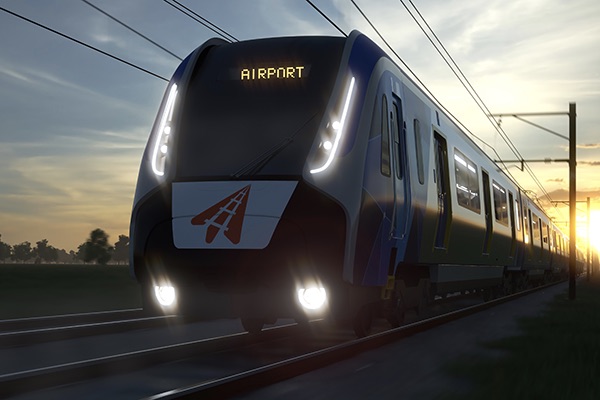 The route was confirmed along with a start date for construction and a forecast completion date of 2029.

“The airport link is a nationally significant project and Victorians have been waiting a long time for it to become a reality. With construction to start in 2022, the agreement will support up to 8,000 jobs during construction,” said Morrison.

The airport line will operate as an extension of the Pakenham and Cranbourne line, with trains from the south-east running directly to Melbourne airport. The line will diverge from the current network at Sunshine and a new station will be built at Melbourne Airport.

Services will run every 10 minutes and the travel time from the airport to the CBD will be 30 minutes.

Andrews said the project would form part of the state’s economic recovery from COVID-19.

“This project has been talked about for a long time, it’s key to our recovery and this design means it will benefit all Victorians,” he said.

Federal Minister for Population, Cities and Urban Infrastructure Alan Tudge partly explained the rationale behind selecting the Metro Tunnel route, rather than an alternative tunnel to Southern Cross Station, as proposed by the AirRail consortium.

“Our objective has always been to deliver a rail connection that is fast, affordable and built as quickly as possible,” Tudge said.

“For those in the south east it will mean a trip to the airport without changing trains, and for others just one change.”

The selected route has been criticised by regional groups and rail think tanks as substandard, as by using the Metro Tunnel, fewer services from the growing western suburbs such as Melton can use the tunnel’s expanded capacity. In addition, groups such as the Committee for Ballarat suggested that the Metro Tunnel proposal will limit the potential for fast rail from Ballarat to Melbourne.

“The Melbourne Airport Rail Link will be part of visitors’ first impression of the city, so it is essential the project delivers a modern, innovative and responsive solution that will stand the test of time.”