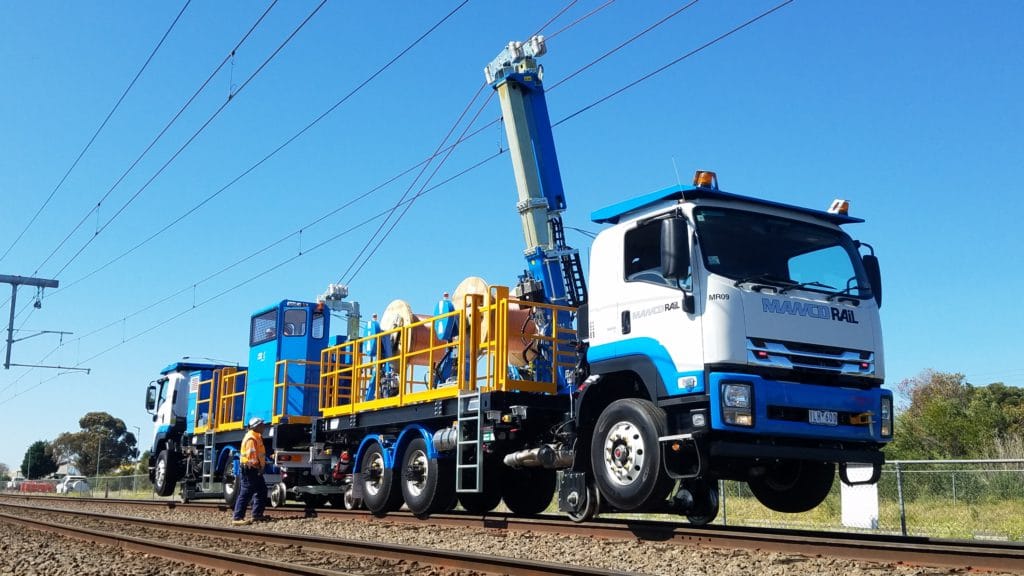 Even as short as 10 years ago, the industry never envisaged a rail construction consisting of around 300 tonnes being fully controlled via a multi-channel remote handpiece that incorporates not only finite movements of multiple functions, but also a host of failsafe safety features.

Perhaps the mechatronic evolution was really advanced and was acknowledged when the control of today’s truck-mounted cranes moved completely into the radio remote control era.

Time endowed “hard to please” railmen, brought up with the likes of manual lever controls, safety chains, and wind-up and down-rail modules are now conceding that without robust mechatronic systems, today’s rail efficiencies would be significantly hampered.

Manco Rail, a major rail equipment supplier over the past 40 years, has taken a leading role in embracing this revolution, starting from a team of talented young design engineers from a wide array of backgrounds, who frequently engage in demanding brainstorming sessions.

As Manco Rail managing director Bryan Black says, apart from the high level of productivity gains, the safety features are insurmountable, and have enabled the industry to provide a higher degree of worker safety, with the clear downstream benefits.

In Manco Rail’s particular case, examples of this evolution include:

“These are just a few examples of the incredible advancements the hydraulic, electrical, robotic, and mechanical component suppliers now interface to provide such manufacturers as Manco Rail with suitable and highly reliable integrated systems,” Black said.

“Where to next? Well, we are all familiar with automated driverless passenger transit units, so perhaps there will be an age where robots execute complex maintenance work, in high-risk environments controlled from a central control room.”