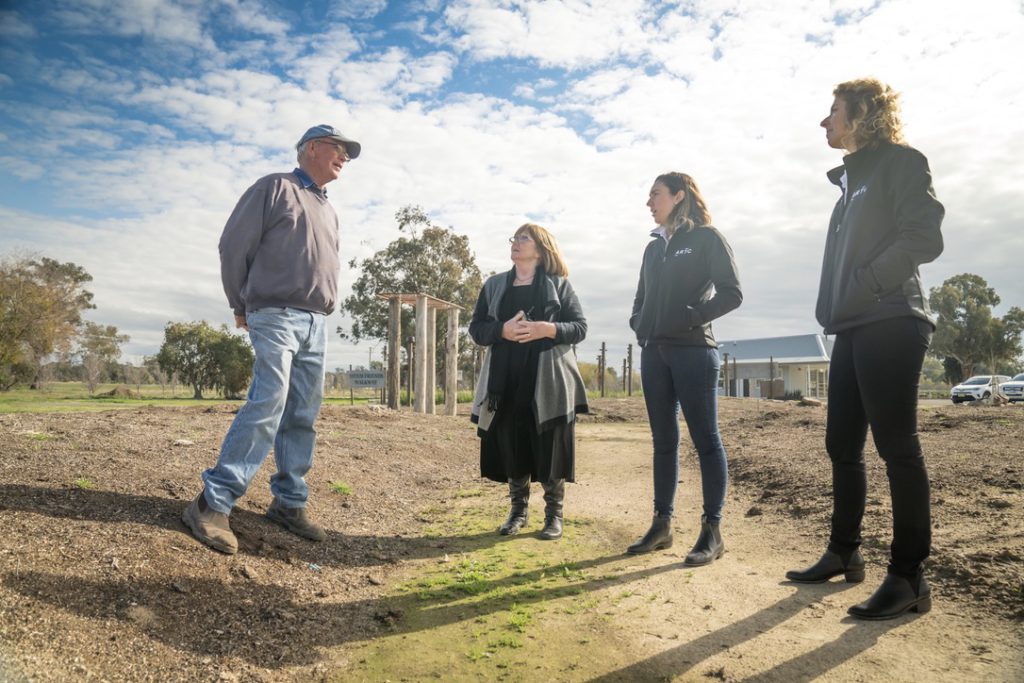 In an exclusive interview with Rail Express, Mark Campbell, CEO and managing director of ARTC sets out his vision for the national rail track organisation.

As the new CEO of a national rail organisation, one would expect the first months to be comprised of travelling around Australia, meeting with teams distributed at various points in the network and getting a feel for the breadth of the organisation.

Unfortunately, this was not the case for Mark Campbell, who took over the reins at the Australian Rail Track Corporation (ARTC) on May 1, 2020. With borders locked down, Campbell had to remain in Sydney, unusually desk bound.

“The first five months have been very virtual. It was a little bit frustrating to not be able to get out and meet as many people as I’d hoped, but I have managed to do some visits and finally in the last month or so, I’ve been able to visit the head office in Adelaide. It’s been an unusual way to start in a new role,” he told Rail Express.

Luckily, outgoing CEO John Fullerton and the broader team had ensured that the organisation, which has operations in all mainland states, was able to continue delivering the essential service it had been recognised as providing from the outset of the pandemic.

“Things were organised in such a way that we’ve been able to keep the network fully functioning all the way through the COVID pandemic,” said Campbell. “A lot of the things that were put in place are still in place today and I really don’t see a lot of change between now and 2021.”

The effectiveness by which ARTC was able to respond to the COVID-19 strictures was a microcosm of the organisation’s wider capability, said Campbell, who described his appointment as an “evolution not revolution”.

“My job is to pick things up where Fullerton left off and carry on the work. It’s been great to walk into an organisation that is so competent and headed in the right direction.”

While other freight modes have been impacted by COVID-19, with ships quarantined due to the potential of infection from overseas and trucks hampered by restrictions at borders, rail freight has continued without any major disruptions. While somewhat out of sight of the general public, this success has enabled the rail freight industry and ARTC in particular to remind Australian of the vital, and perhaps under recognised, work that they do.

“It has allowed us as an organisation to gently say we’ve been part of this,” said Campbell. “Of course, the above rail partners have done a terrific job in keeping things moving, but it’s been good to internally, and a little bit externally, to remind people that we exist and that we do provide an essential service.”

With the country now looking for ways to revive the economy after COVID-19-induced shutdowns, Campbell highlighted that this is an opportunity for ARTC to highlight the critical work it is doing to grow local and national economies and find opportunities to expedite those projects.

“With the investment the government is putting into Inland Rail and the other projects like the Botany Rail Duplication, the Cabramatta Loop, the North East Rail Line (NERL) upgrade it’s great for us to be able to play a part of stimulating the economy. In the case of NERL for example, we’ve actually been able to accelerate that project slightly due to COVID-19 because of the suspension of some of the passenger services have allowed us to get on track more often and complete the work faster than anticipated.”

A COMMUNITY FOCUS IN MAJOR INFRASTRUCTURE PROJECTS
Prior to being appointed CEO and managing director of ARTC, Campbell was the CEO of aggregates and concrete supplier Holcim. Before to heading Holcim, Campbell was COO of building products company Rinker Australia before it was acquired by Holcim. Moving into the role with ARTC, Campbell said that what stood out was the regional nature of both his new role and those he had occupied previously.

“Having spent a long time in the construction materials industry, I’m used to working in regional communities and making sure that our operations are good neighbours and part of the community.”

Campbell cites the experience of having overseen the expansion of the Marulan quarry while at Holcim. Located near Goulburn, NSW, during the expansion of the existing quarry a priority was ensuring the goodwill of the immediately adjacent community, something that was achieved in the use of rail for materials transportation.

“One of the significant decisions that we took at the time was to take advantage of the location of the quarry which was right by the rail line and to put in the infrastructure to be able to bring materials from the quarry into a Sydney distribution centre on rail. That for us was an economic decision, but it was also a community decision because it meant that there were going to be far less trucks on the road.”

While this decision was a positive for the quarry’s operations, the company had inadvertently alienated another community that overlooked the enlarged site.

“What we hadn’t done was focused on a community that was on a ridge quite a few kilometres away and what we found during the process was that they weren’t worried about traffic, noise, or dust; it was visual, as they were used to seeing a dark valley at night and all of a sudden they could see the lights of the quarry,” said Campbell.

“Over many months, and really through listening and compromising, we turned a negative sentiment in the community to a very positive one. At the end of the day, we achieved a good outcome for the community and also our business.”

With ARTC currently in the planning or delivery phase for a number of major projects, Campbell said he would ensure that community needs dovetailed with the commercial mandates that ARTC had as a Commonwealth- owned corporation.

“The government has been good enough to have the confidence in ARTC to deliver those projects and we’ve got to make sure that we, as an organisation, prioritise the safe and efficient delivery of those projects.”

With the first section of Inland Rail now complete and attention turning to the next stages of the project, community engagement may come in the form of more local contractor involvement as the procurement process is refined to broaden the range of organisations that can bid for works packages.

“The Inland Rail team have done a terrific job of analysing the construction market and listening to the parties within the construction industry, to modify the way that we will award the contracts to give more opportunity for different organisation to bid for the projects,” said Campbell.

While organisations such as the Australian Owned Contractors grouping have called for specific quotas or requirements for local contractor involvement, Campbell said that ARTC would consider these suggestions but was focused on awarding contracts based on a number of factors.

“We as an organisation have got quite sophisticated procurement processes and we think that leads us to choosing the right partners on each individual project, but I think it’s good for the industry if there’s a broad capability to deliver rail projects, rather than it being centred around a few tier one contractors. While they are critical, it is good to have a healthy number of construction organisations to be able to engage with.”

MOVING THE RAIL FREIGHT INDUSTRY FORWARD
Besides the major infrastructure projects underway around the country, the freight rail industry is also at a turning point when it comes to the implementation of the next generation of rail technology. With the ARTC’s Advanced Train Management System (ATMS) now the primary safe working system on the Port Augusta to Whyalla section of the interstate network, Campbell said it would be a priority for the organisation to continue the rollout of the technology to other areas.

“We’re now planning over the next five years or so to roll that out broadly across the network. ATMS has the potential to be a real game changer in terms of the way that we use technology to improve our operations but obviously improve the safety of the people using the network.”

While the system is unique and developed for the particularities of the Australian freight network, Campbell noted that there is the potential to gain insights from other contexts when it comes to the adoption of new technology.

“I’m really keen to learn from the other freight and passenger networks in Australia and understand what they’re doing, both in terms of safety and operations but also in terms of technology. We have to look outside of our own organisation to learn as much as we can from others, as well as inventing things internally. The broader we can look in terms of technology the better.”

Campbell also noted that the infrastructure owner will have to take on the safety lessons learnt from the Wallan train derailment that occurred in March 2020.

“ARTC and the wider industry has to take on board whatever the outcomes of those investigations are and factor that into our safety priorities. We need to continue to focus on technology to improve how we operate and maintain the network.”

In this case and others, coordination between Australia’s disaggregated rail sector will be key, and something that Campbell is looking to industry organisations to lead.

on matters of policy and being used by government as a sounding board. In my previous role at Holcim, I used to chair the industry association and I am a strong and firm believer in industry associations being the right forum to put forward industry cases and industry points of view,” he said.

“It always seemed to work better when you had a broad consensus rather than individual organisations.”

When it comes to the interoperability of next generation signalling systems, for example, Campbell said the need for coordination is key.

“It would be a missed opportunity if we didn’t make sure that everything is able to work together and I’m sure that collectively as an industry we’ll make that happen.”