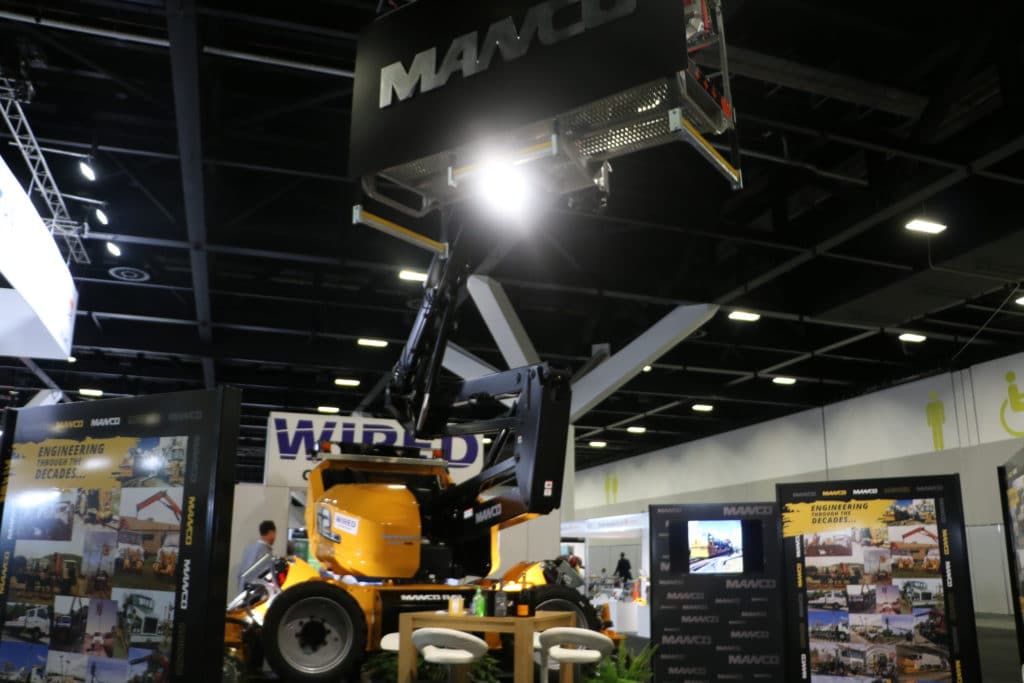 Manco Rail’s impressive installation at AusRAIL PLUS drew the attention of many rail industry professionals.

Manco Rail has been manufacturing hi-rail equipment for the last 45 years in New Zealand, before opening its branch in Australia 10 years ago to better cater to its Australian customers’ needs.

After more than a decade of engineering for the industry, rail manufacturing has advanced and adapted to follow suit with the rest of the world, which was highlighted in Manco Rail’s historical display on “Engineering Through the Decade”.

Also on show was the latest version of the Manco Rail Boom, which Manco Rail’s Ryan Black said had been modified specifically for the rail industry.

“This new system has a EURO6 engine on it, so it’s emissions-compliant,” he said. “We gutted out the hydraulic system and put a specialist rail compatible system in there. That allows you to rotate the boom 360 degrees, which you need in the rail; whereas the traditional boom would be limited to go one way and then stop.

“We upgraded the hydraulics slewing; by rotating 360 degrees, it means that you actually have to have the hydraulic hoses spinning at a continuous 360 as well.”

The benefits of a continuous slew and the overall simplicity of the system garnered tremendous interest at AusRAIL PLUS.

“We’ve had a lot of interest in the vehicle and a lot of people that have been supporting other competitors of ours are showing a real interest because of the benefits we’ve exhibited,” Black said. “We’re getting the kind of response we’d want for redesigning something that was already doing well in the marketplace. We’ve already sold three units prior to production, which is pretty good considering the market’s only about 10 units a year.”

Manco Rail’s products have given the operator the ability to use various speeds and have more control in the workplace, along with many other benefits that create an improved operator experience and good accessibility across the board.

“We’ve noticed in the first model you couldn’t quite get to all the areas as easy as you would in a rail environment,” Black said. “Whereas with this version, the cover comes off and you can access every hose easily, which is a big one for us.”

This innovation is contributing to Manco Rail’s success and is benefitting both the company and its customers in terms of efficiency and maintaining a steady price point.

“In a world with steel prices, the base unit prices and all the component prices going up, because it’s so much more efficient with the plumbing and the wiring, we’ve been able to maintain that same price point. We’re really, really keen on pushing these for track maintenance throughout the whole of Australia,” Black said.