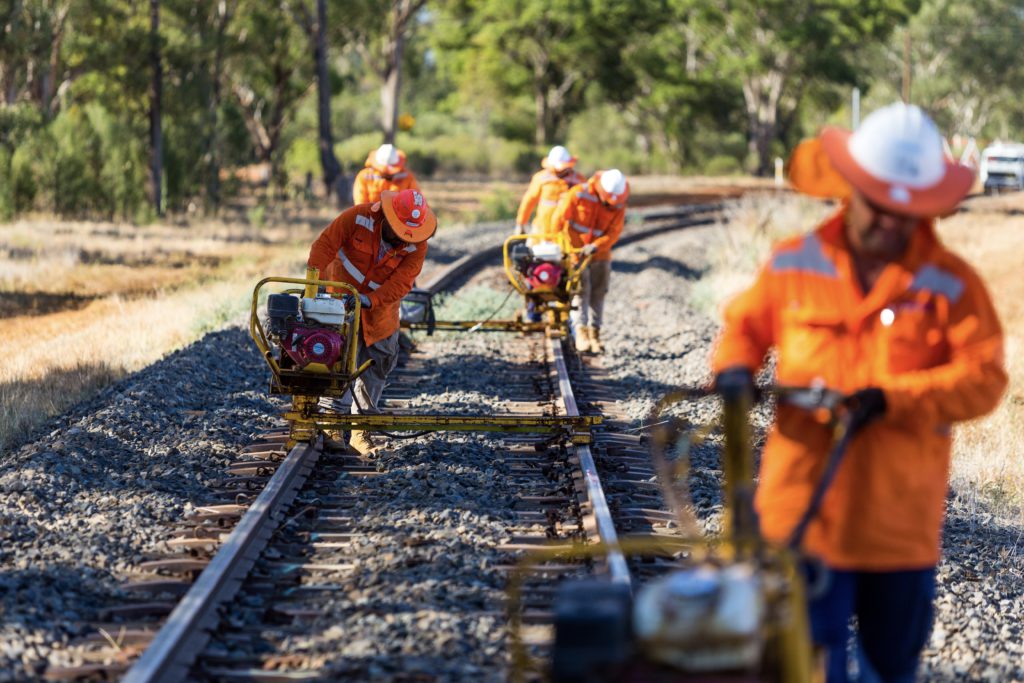 THE Australian Rail Track Corporation is carrying out a major maintenance shutdown on the Hunter Valley Rail Network from Newcastle to Boggabri and from Muswellbrook to Ulan.

From 27-30 April 1200 workers will conduct over 390 separate maintenance jobs across the network.

ARTC group executive Hunter Valley network, Wayne Johnson said the maintenance work was postponed from earlier in the month due to significant rainfall across NSW.

“Safety is our top priority and the recent heavy rain and localised flooding meant we were unable to do the scheduled work at the beginning of the month,” Johnson said.

“We work closely with our suppliers to deliver these works to ensure that Hunter Valley Rail Network is kept in the best possible condition, however the weather prevented us from carrying out the work until next week.”

Major construction is now underway on the ARTC’s Narrabri to North Star (N2NS) section of the Inland Rail project.

Johnson said the launch of the N2NS section will present great opportunities for the communities in northwest New South Wales.

“As major construction activity ramps up in the region, there are opportunities for locals to find employment, training or business opportunities with Inland Rail,” Johnson said.

“In the first month of construction nearly 10,000 sleepers and 11 kilometres of rail have already been removed and there are over 100 people working on the project.

“More than 500 people are expected to directly work on the construction of Inland Rail from Narrabri to North Star.”

Johnson said there were more than 60 tenders currently being advertised for the project through our construction partners.

“There are not only benefits now but well into the future, with this section of the Inland Rail project allowing the agribusiness sector in the west of the state to transport their product more efficiently to the Port of Newcastle,” Johnson said.

The on-track shutdown maintenance work across the Hunter Valley is to start on the evening of Tuesday, 27 April and is expected to be completed early on Friday morning.

Works are to include: