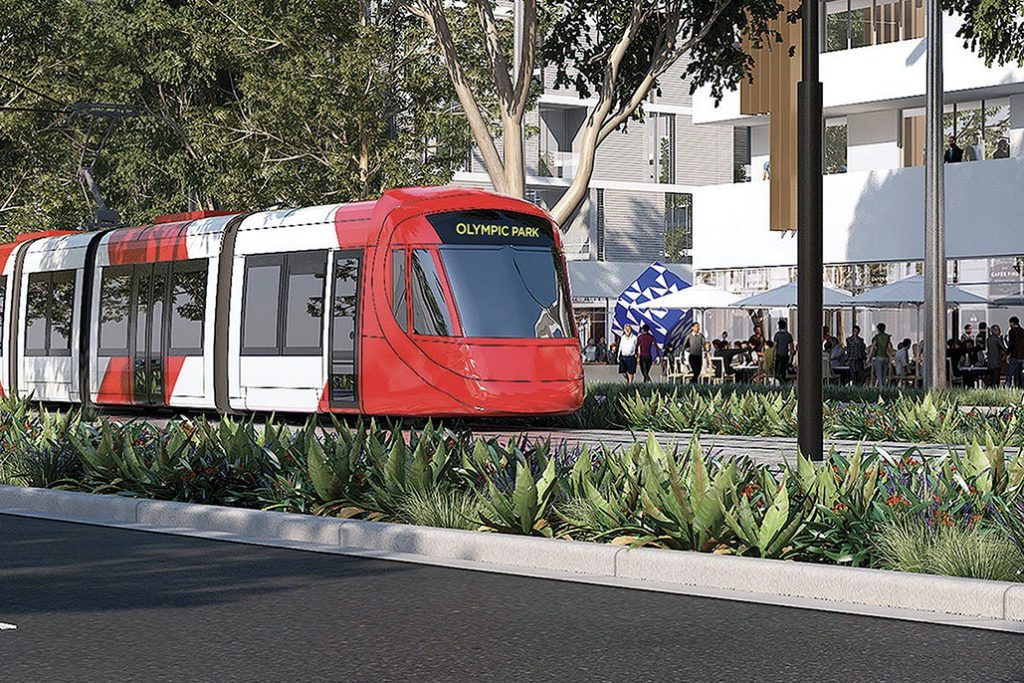 Local government and business groups in Parramatta have backed rail as the transport mode of choice for Parramatta Light Rail Stage Two.

The support for light rail comes after NSW Transport Minister Andrew Constance suggested that other transport modes such as trackless trams and bus rapid transport could be used instead of rail for the second stage of the transport project for Sydney’s riverside CBD.

“Ultimately into the future if we had the option with either bus rapid transit or trackless tram technology, I think that’s what we’re going to do,” Constance was reported as saying.

The City of Parramatta and the Western Sydney Business Chamber hit back against the suggested change in mode.

“Light Rail is proven technology and is expected to offer more space and comfort for passengers than buses or trackless trams. It will attract investment and generate urban renewal along the route,” said City of Parramatta Lord Mayor Councillor Bob Dwyer.

“Trackless trams are an interesting technology but still experimental. Our advice is that the work needed to reinforce the road to carry what are very heavy tram-like buses is just as intensive as light rail.”

Tracklaying has recently begun on Stage One of Parramatta Light Rail, which will link the Westmead health precinct with the Parramatta CBD, and then travel via the former heavy rail corridor to Carlingford.

Stage Two of the project would extend the light rail network from the Parramatta CBD to Ermington, Melrose Park, Wentworth Point and Sydney Olympic Park.

Dwyer said it would be essential that future stages provided a seamless link for the area’s growing population with the under construction first stage.

A business case has been prepared for stage two and is awaiting an investment decision from the NSW government. A Transport for NSW spokesperson said that various modes were considered by the agency.

Borger said that future stages would benefit from light rail.

“B-Line buses would be a b-grade solution for Parramatta Light Rail Stage 2,” he said.

“Light rail works best when it is a network of routes. Our fear is that changing to tramless trams or B-Line buses would undermine the NSW government’s investment in Stage 1 and force commuters to change between transport modes.”

The Transport for NSW spokesperson said a wide range of factors were involved when selecting a transport mode within a broader network.

“These include transport need, city-shaping benefits, and improvements to productivity as a result of a decrease in congestion. They also include the suitability of a particular mode and how it can be incorporated into communities, existing or emerging.”