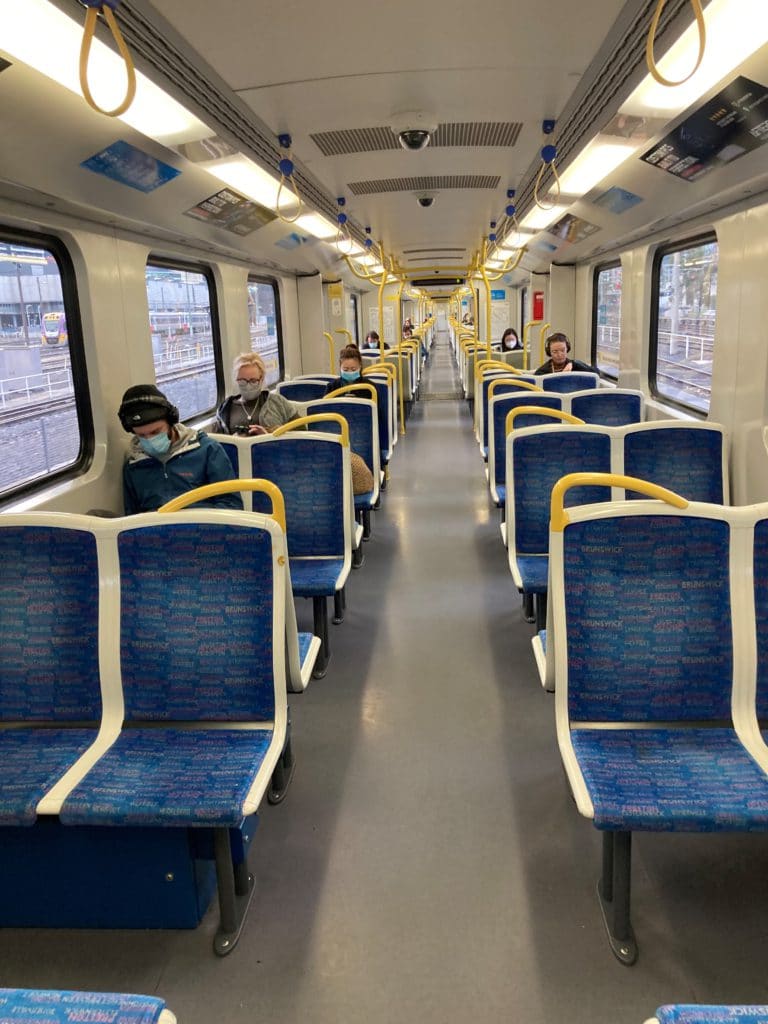 Metro Trains Melbourne is supporting a more sustainable network by switching out saloon lighting systems on its X’Trapolis and Siemens Nexas fleets to more modern and energy-efficient LEDs.

The change is estimated to save up to 40 per cent of average lighting power per train – enough to service 377 houses for a day.

Beyond the sustainability benefits, the project will also improve the experience for passengers by increasing illuminance levels on trains.

The upgrade comes after recent lighting improvements for the older Comeng fleet, and a successful LED trial on a small number of newer X’Trapolis 100 and Siemens Nexas trains.

LEDs not only save power, but they also have much longer lifespans than standard fluorescent lights. The lifespan of an average LED light can be between six and 12 years – about five times longer than a fluorescent light bulb.

Metro will upgrade 124 trains by the end of this year, with a further 158 trains to be considered for the upgrade over the next two years.

Public Transport Minister Ben Carroll said as the state worked towards a more sustainable future, it was investing in smart changes to the public transport network to reduce the carbon footprint.

“A simple lightbulb change on our trains can have a big impact on the sustainability of our public transport network,” he said.

Metro Trains CEO Raymond O’Flaherty said the sustainability of the network is a key priority for Metro, and this project is part of a broader plan to become a more energy efficient operator.

“These lighting upgrades will help us drive down power usage and improve the experience for passengers by providing brighter carriages for their journey,” he said.