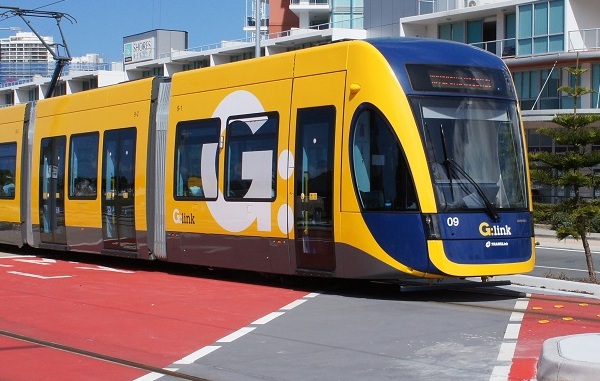 Gold Coast light rail is an 18-year Public-Private-Partnership between the Queensland Government and GoldlinQ Pty Ltd with Stage One opening to passengers in July 2014.

Since that time, the system has seemingly proven successful having carried more than 55 million passengers with patronage increasing 33 percent when the Stage 2 extension to Helensvale opened in December 2017.

“There are more than 400 tram and light rail systems worldwide and since the year 2000 almost 200 cities have introduced new tramways and I can confidently say Gold Coast light rail has been one of the most successful,” Witheriff said.

“Since the introduction of light rail as part of TransLink’s integrated network, overall annual public transport use in the city has grown substantially with an increase of up to 50.1 per cent in total passenger trips on light rail and buses, based on pre-COVID patronage.

“G:link has achieved outstanding operational performance and high levels of passenger satisfaction for the past seven years with the Stage 3 extension to Burleigh Heads to further enhance passenger outcomes.”

GoldlinQ is responsible for the design, construction, operations and maintenance of the system and has undertaken procurement for the 6.7-kilometre Stage 3 extension to Burleigh Heads with construction to commence in 2021.

GoldlinQ CEO Phil Mumford said each stage of the Gold Coast light rail had been delivered with joint funding from the Queensland government, City of Gold Coast and the Australian government.

“Gold Coast light rail was the first public transport project in Australia to be delivered with funding commitments from all levels of government,” he said.

“There have been many milestones achieved over the past 10 years and we look forward to maintaining equally high standards for the remainder of our contract term through to 2029.

GoldlinQ’s Operations and Maintenance Contractor is Keolis Downer Gold Coast with its equity investors including:

GoldlinQ has achieved many significant milestones in the past decade including: