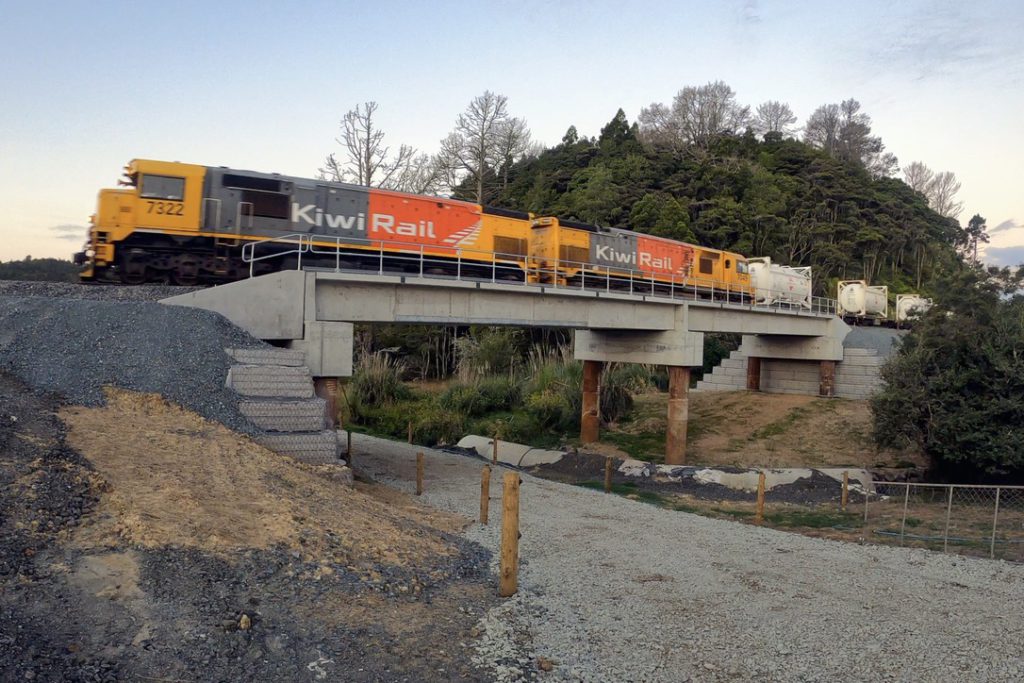 “We know train users on this line typically travel longer distances so we have planned our work for weekends and evenings to avoid interrupting their weekday travel plans,” Moyle said.

“To maximise productivity for KiwiRail teams working on the line, freight trains will also not run on weekends during the day.

“We appreciate any disruption to travel plans is frustrating and want to assure the public that hundreds of KiwiRail staff have carried out an immense amount of work, carrying out repairs around the clock in order to get the job done as quickly as possible.”

Moyle said they had replaced more than 112km of damaged rail which was 84 per cent of the required re-railing work overall.

“We fully appreciate the disruption this has caused Aucklanders and thank them for their patience as we carried out this urgent work,” he said.

“We’re continuing to work with Auckland Transport to investigate the cause of the Rolling Contact Fatigue which damages the rails, as well as the best long-term maintenance solution so future asset management issues like this aren’t repeated.

“A number of improvements to rail in south Auckland are in the pipeline, and work is already underway to prepare for the extension of electrification from Papakura to Pukehoke.”

New overhead masts will be built along 19km of track between Papakura and Pukekohe to power electric trains for passengers, and Pukekohe station will be redeveloped to allow for more services and longer trains.

Enabling works began late last year and are on-going, including the construction of access tracks and ground investigations.

Trains will not run between Papakura and Pukekohe on weekends to Sunday 28 March, with Auckland Transport running rail replacement buses.

Buses will also replace trains on this line from 9pm weeknights.