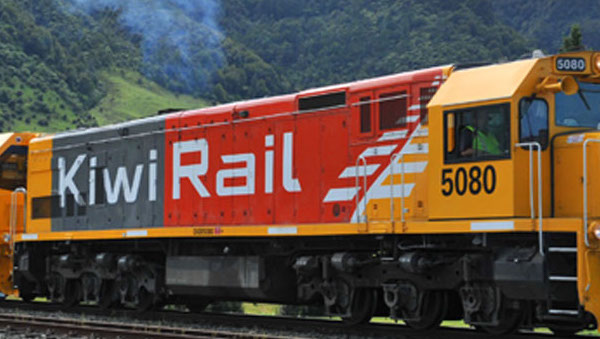 The Prime Minister, Maori King and leaders of local government were among those to attend the first service of the Waikato – Auckland commuter train.

A special, inaugural service of the train took the Prime Minister, Maori King, mayors, councillors and other guests on a short run from Hamilton’s new Rotokauri station last week.

The new full service between Te Rapa and Papakura, stopping at Huntly, is to be operated by KiwiRail, and begins on 6 April.

“It has been many years since there has been a new inter-regional passenger train and KiwiRail is proud to be part of making Te Huia happen,” Miller said.

“The 12 carriages being used for the service were completely refurbished at our Hutt Workshops, near Wellington, to a world–class standard. Taking disused old Auckland Transport carriages, they have been given new interiors and wheel units, a stunning paint job, a café and wi-fi added, and safety improvements made.

“This highlights the quality of our people, and how taking an innovative approach can keep costs down and reduce environmental impacts – while providing a quality product that is spacious and built with the passenger in mind.

“The work has allowed us to take on more than 20 new staff at Hutt, allowed our existing staff and apprentices to learn new skills, and a further 13 staff, mostly from around Hamilton and Auckland, have been taken on to run the new train.”

Miller said rail had an important role in New Zealand’s transport sector and provides a crucial connection between the regions.

“Up to 73,000 return car trips between Hamilton and Auckland each year would be avoided by Te Huia running at capacity,” he said.

“It’s providing a hassle-free travel option that will help the two centres grow economically closer together.”

Te Huia will consist of two morning services from Hamilton, with two return evening services, during the week and a return service on Saturdays.

The service is bankrolled by Waka Kotahi NZ Transport Agency and is led by Waikato Regional Council.