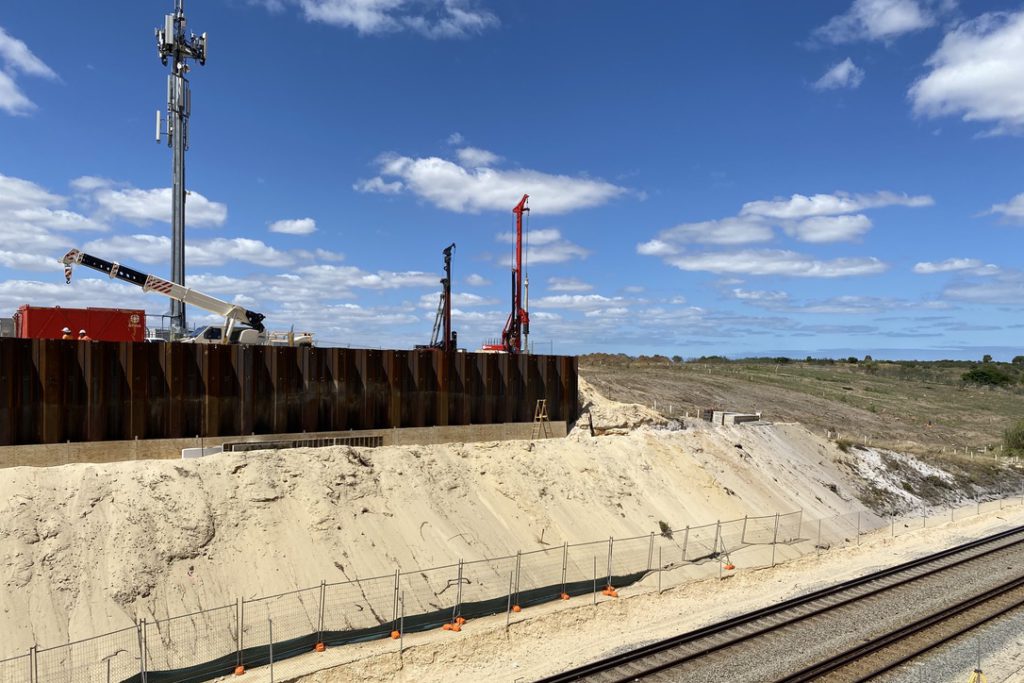 Construction on the Thornlie-Cockburn Link has taken a major step forward with a 120-tonne piling rig now laying the foundations for the future Ranford Road Bridge.

At Thornlie Station, bulk earthworks are underway to turn the current terminus station into a through station.

Once complete, the Thornlie-Cockburn Link will be Perth’s first east-west rail link and enable growth on the Mandurah and Armadale Lines. Two new stations at Nicholson Road and Ranford Road are being built as part of the project, along with the construction of 14.5km of rail and the relocation of the existing freight line.

In addition to the works on the bridge, temporary retaining walls are being constructed along the rail corridor, as well as installation and commissioning of the project’s temporary main cable route.

Ongoing construction on the project is enabling skills development for those looking for a job, said WA Transport Minister Rita Saffioti.

“We recently launched a new training course called ‘Infrastructure Ready’ which gives jobseekers the opportunity to learn on the job skills on some of our major projects, including Metronet.”

Construction activities have picked up along the project as the end of 2020 approaches. The level crossings at Cameron Street and Elliot Place will allow works to start on a new pedestrian footbridge to create a safer crossing.

Planning works and design of new stations are also progressing, with artists impressions of both new stations recently released.

“Our targeted infrastructure means jobs for hard-working West Australians and a massive boost for the WA economy right now.”

Major construction will wind up in 2022, and the first trains are expected to run in 2023.