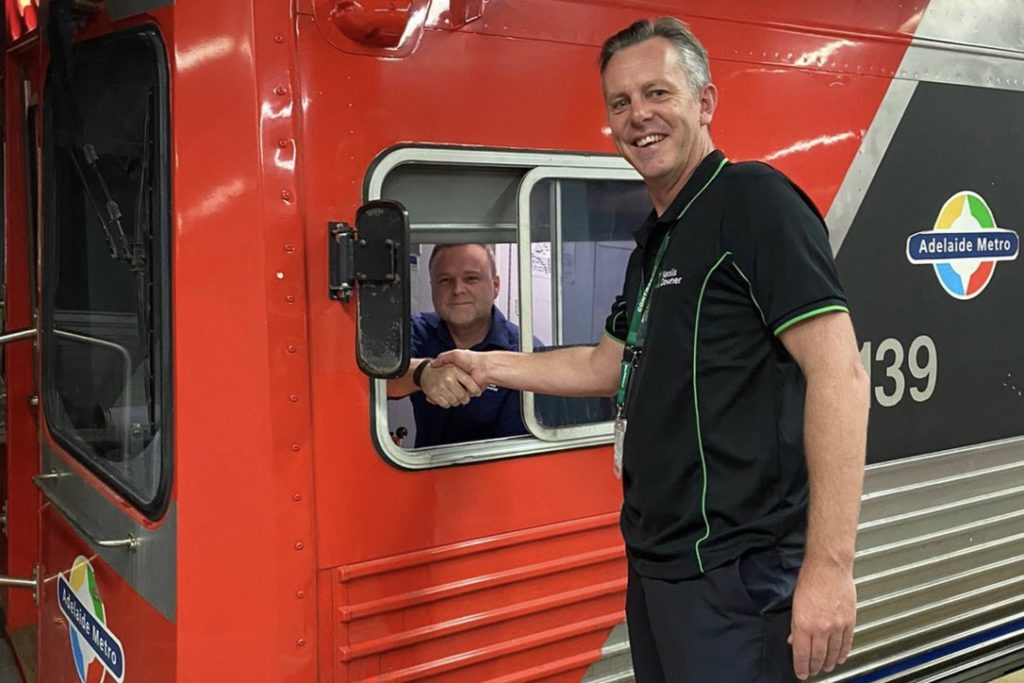 “This transition is all about ensuring that the people of South Australia are being provided the very best public transport network possible,” said Wingard.

One element of this will be increased security, with a doubling of the numbers of security guards on trains after 7pm.

Keolis Downer Adelaide managing director Robert Tatton-Jones said the company would be focusing on bringing a human face to operations.

“We want to make public transport the first choice for commuters by delivering world-class services and we will be out on the network on a regular basis, through our ‘Meet the Managers’ sessions to hear from our customers,” he said.

“Our Passenger Service Assistants will be actively engaging with passengers and will be equipped with smart devices enabling them to provide real-time information on the services.”

“Drivers will undertake 34-week-long programs starting in March meaning that progressively drivers made available to Keolis Downer for the transition will no longer be required and will be moved into roles elsewhere in government,” he said.

“More than 1,000 applications were received by Keolis Downer for train driver positions and in excess of 600 applicants for PSA roles. It is clear there’s plenty of people excited and eager to join the sector.”