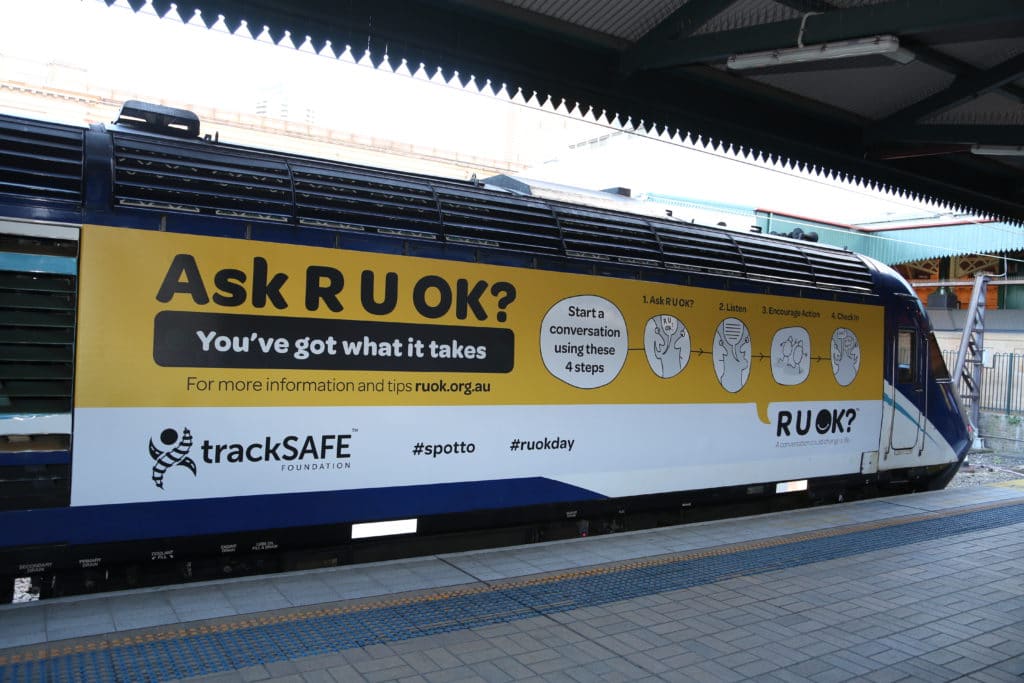 Rail RUOK? Day has helped tens of thousands of people in all sectors of the rail industry to establish a deeper connection with their colleagues.

While the past two years have been unpredictable, the Australian rail industry continues to remain focussed on preventing fatalities and injuries on the network.

And a big contributor to that goal is the TrackSAFE Foundation, which this year marks its 10th anniversary.

Established in 2012 by the Australasian Railway Association and UGL, TrackSAFE is a registered national harm prevention charity focussed on reducing fatalities, injuries and near hits on the rail network including at level crossings caused by suicide, trespass, and human error.

TrackSAFE also works to build resilience and improve the wellbeing of the rail workforce.

Beyond human loss or injury, incidents on the rail corridor can cause trauma and work-related stress to the rail and recovery staff involved with such incidents.

Since 2001, there has been on average 109 fatalities on the Australian rail network each year, with 76 of these people taking their own life.

As well, there are almost as many attempted suicides and around 2000 level crossing and trespass near hits.

No other industry is impacted as severely as the rail network by suicide.

Every life lost is one too many and the ripple effect of suicide travels through families, communities and the rail industry.

To address these issues, the TrackSAFE Foundation undertakes activities to prevent suicide, reduce injuries and incidents on the rail network.

The TrackSAFE Foundation supports and commissions research, advocates to government, creates opportunities to share information and knowledge across the industry, and delivers community education campaigns on rail safety.

Throughout the last decade, partnerships have been fundamental, and this includes a long-term partnership with Lifeline Australia.

Lifeline works with TrackSAFE to further understand suicide in public places, including on and around rail.

Jointly, the organisations have delivered the ‘Pause. Call. Be Heard’ advertising campaign is promoted on the Australian rail network – reminding passengers to call Lifeline if they need someone to talk to and ’s crisis support services are available 24/7.

The trauma from incidents and near hits can be cumulative for rail workers over time.

To promote best practice and a uniform approach to trauma management for rail employees, TrackSAFE has partnered with Trauma Management leaders Phoenix Australia to develop several training resources for use by rail organisations. 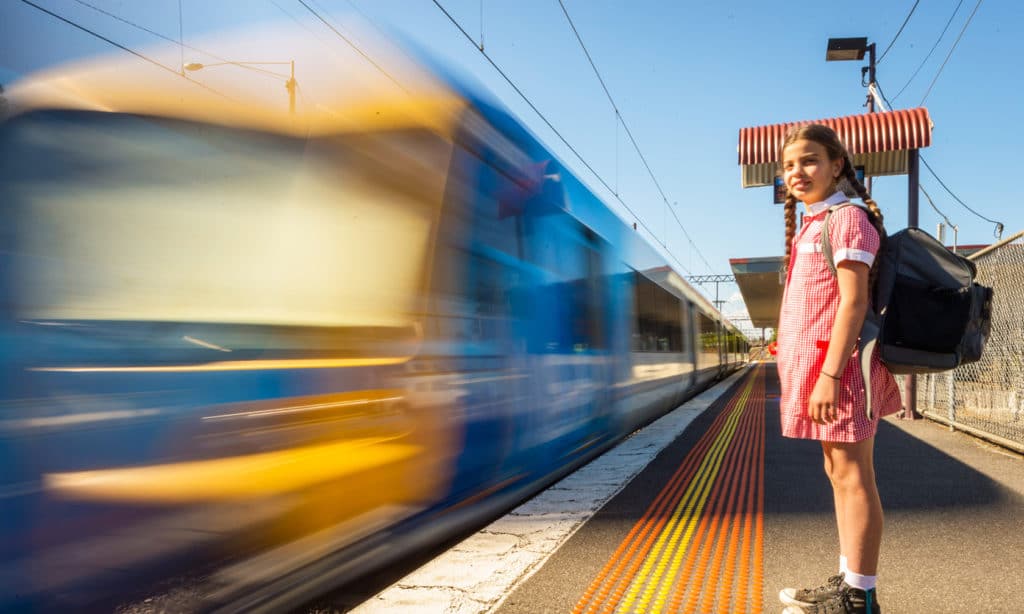 While gender diversity has increased in the rail sector, men still make up the majority, about 73% of the rail workforce. They are traditionally less inclined to seek help and open up about their physical and mental health concerns.

TrackSAFE is focused on offering a range of training options and tools to support the wellbeing of the workforce, including Mental Health First Aid, Lifeline’s Accidental Counsellor and a free wellbeing App to help build resilience, RAILRES, available free from the App Store and Google Play.

Thousands of rail workers currently use the App as another tool in their self-care toolbelt.

Another initiative focussed on wellbeing is one of TrackSAFE’s best-known: Rail RUOK? Day.

Over the years, this event has helped tens of thousands of people in all sectors of the rail industry to establish a deeper connection with their colleagues.

“And I acknowledge the team of people who made this happen, including Bob Herbert AM and Naomi Frauenfelder. Into this new era, we remain focused on reducing fatalities and injuries on the rail network in Australia and improving the wellbeing of the rail workforce,” she said.

“TrackSAFE will continue to work closely with our partners, Lifeline Australia and RUOK? and all of our corporate supporters in the decade ahead.

“There’s no doubt the importance of wellbeing of the rail workforce has grown dramatically over the last few years.

“Rail’s collective focus on reducing fatalities and injuries on the rail network has delivered positive results from which we can continue to build.

“There’s lots on in the coming months, with our free wellness webinars commencing on 16 February, Rail RUOK? resources being finalised and developing a new suite of materials for Rail Safety Week 2022”.

TrackSAFE’s ongoing work is supported by the generosity of financial and in-kind contributions from organisations who work in all areas of the rail supply chain.

More information about the TrackSAFE Foundation, its supporters, its impact and resources, including training to support its work is available at www.tracksafefoundation.com.au