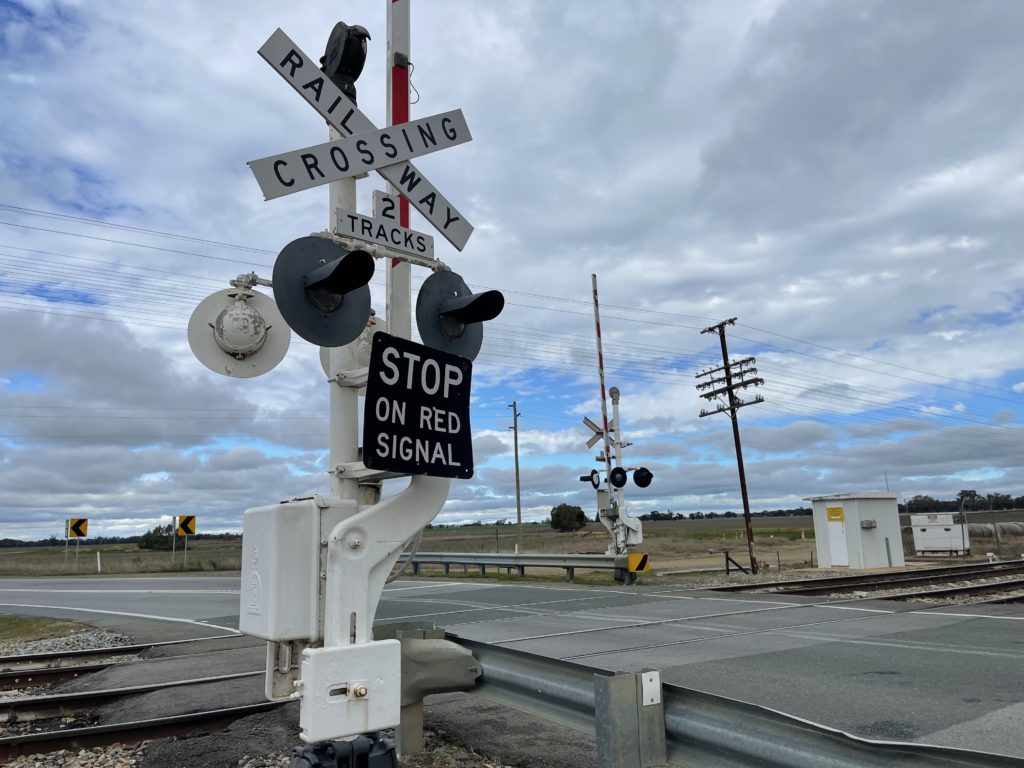 Footage of dangerous near misses at level crossings has been released to remind motorists to take extra care this National Rail Safety Week.

NEW footage of dangerous near misses at level crossings has been released to remind motorists to take extra care this National Rail Safety Week.

“The reckless behaviour by both drivers and pedestrians in this footage is very concerning – they’re not only risking their own lives, but spare a thought for the train driver, who very easily could have had his life changed forever,” Toole said.

“You might think you are saving yourself some time, but as you can see in some of the security camera footage, an oncoming train with no way of stopping could be just seconds a-way.”

Toole said safety at level crossings had and would continue to be a priority for the state government.

“Between July 2008 and May this year there have been 83 collisions between trains and cars at level crossings in NSW, resulting in 10 fatalities and 13 people seriously injured,” Toole said.

“More than 30 per cent occurred at locations where the speed limit was 100 km/h or greater, which is why we’ve reduced speed limits to no more than 80 km/h at 28 rail level crossings in a number of regional locations including Orange, Albury, Narromine, Cootamundra and Dubbo.”

Footage of some near misses is available here.

Toole said in coming months they would also be introducing reduced speed limits at another 82 regional locations.

“The reduced speed limits increase safety by allowing drivers more time to react and stop, mitigating the likelihood of crashes,” he said.

“This is especially important for heavy vehicles, which need more time to stop due to their size.”

“Level crossings involve multiple levels of Government, rail managers and operators so it’s incumbent on all of us to work together to ensure everyone stays ‘rail safe’ and gets home to their loved ones safely,” he said.