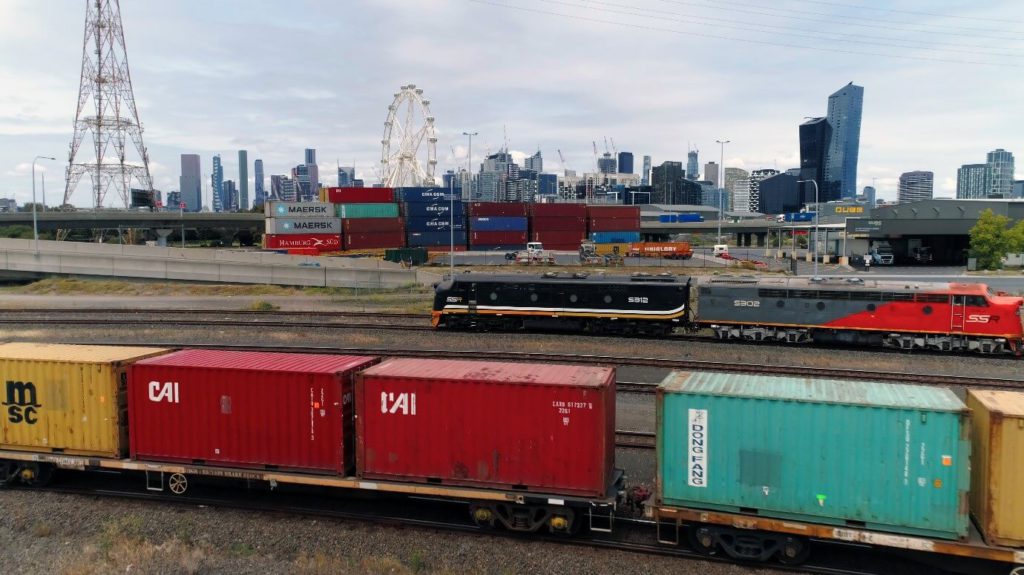 Major works are under way to move more freight by rail from Melbourne’s west to the Port of Melbourne.

Once complete, the SCT Logistics Interstate Freight Facility in Altona will form a critical piece of Victoria’s Port Rail Shuttle Network, providing a direct rail connection to the Port, cutting transport costs for businesses, and taking thousands of trucks off suburban roads.

As Australia’s largest port, handling around 36 per cent of the nation’s container trade, this project will enhance the efficiency of transporting goods each day. It is also expected to create 40 new jobs and will underpin an existing workforce of more than 300 Victorians.

The project is jointly funded by the Australian and Victorian Governments with a $9.2 million investment and will be operational by the end of 2022. SCT Logistics will also invest more than $16 million into the facility with new cross-dock facilities, an expanded container hard-stand area and rail-siding extensions.

Altona is one of three key projects being delivered to create the Port Rail Shuttle Network. Works to link the Salta Properties terminal in Dandenong South to the Port of Melbourne are underway, while works at the Austrak terminal at Somerton will commence later this year.

Once complete, the network will reduce the need for trucks to visit the Port. Instead, allowing them to deliver or pick up goods at the terminals, reducing fuel use and greenhouse gas emissions, cutting freight transport costs by up to 10 per cent, and slashing truck movements on suburban roads by up to 175,000 trips each year. By 2050, the Port Rail Shuttle Network is expected to move 30 per cent of Melbourne’s containers by rail, avoiding millions of truck trips on roads each year.

The Labor Government remains focused on increasing the amount of freight transported by rail across the state with the 2022/23 Victorian Budget delivering $181 million for critical maintenance works to improve rail freight competitiveness and support the growing freight task that is vital to regional economies and supply chains.

A further $3.5 million has been allocated to extend the Mode Shift Incentive Scheme (MSIS), supporting more than 170 freight industry jobs at interstate terminals in regional Victoria and removing the equivalent of 28,000 truck trips from the state’s roads every year.

$6.1 million for planning was also assigned to the Western Interstate Freight Terminal, located on the doorstep of nearly 50 per cent of existing interstate freight rail customers, providing rail access to the hundreds of warehousing and logistics businesses in Melbourne’s outer west.

Delivering a big boost for Victoria’s economy, more than 4,000 20-foot equivalent units (TEUs) are expected to be moved by rail in the first 12 months following the project’s completion. This is forecast to rise substantially to more than 20,000 TEUs per annum after five years in operation.

Ports and Freight minister Melissa Horne said Melbourne’s west was home to thousands of jobs in transport, manufacturing, and logistics.

“Projects such as the Port Rail Shuttle Network will further enhance the precinct’s strategic importance in addressing the growing freight task,” she said.

“An expanded rail freight terminal in Altona will provide an alternative to truck transport for the logistics community and reduce truck traffic at the port, along the Princes Freeway and other key arterial and suburban roads.”