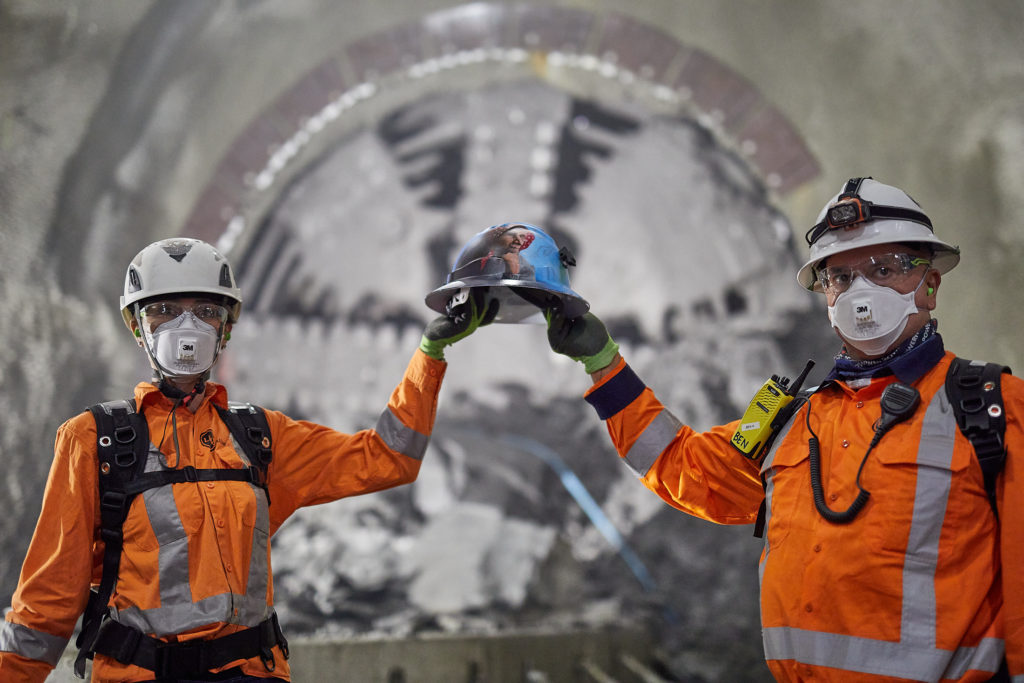 CRL workers 32 metres below ground at Karangahape welcomed Dame Whina as the TBM breached a 100 millimetre-thick protective wall of concrete into the station cavern.

“The pandemic has had serious impacts on our project costs and construction timings,” he said.

The TBM began mining from the Mt Eden Station construction site five months ago, in May, and multi-tasked – cutting into the earth, removing spoil to the surface, and installing the concrete panels that line the tunnels.

At Karangahape the 130 metre-long TBM will now be pushed 223 metres to the northern end of the station cavern and readied for the next stage of its journey, to Aotea Station in Auckland’s midtown. Its planned arrival is early in the new year where it will connect with the tunnels already built from Britomart and under the lower end of Albert Street.

The second CRL tunnel from Mt Eden to Aotea will be bored in 2022.