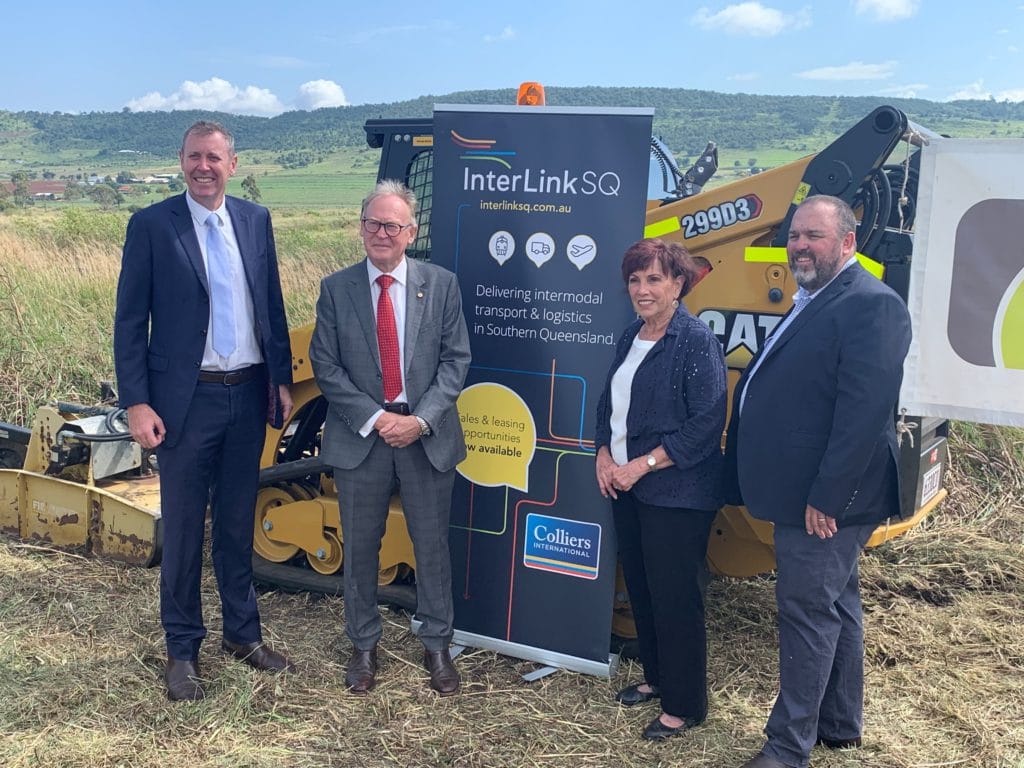 The Australian Rail Track Corporation (ARTC) has engaged Toowoomba freight and logistics hub proponent InterLink to manage the relocation of various utilities, including sewer infrastructure, a wastewater pipeline and telecommunications cabling, within the Inland Rail alignment as part of the development of its intermodal terminal at Charlton.

ARTC Inland Rail Delivery Director Northern Ed Matthews said the $18 million funding agreement was the culmination of years of work by both parties and a practical decision which would ultimately benefit all involved.

“Following conversations with various asset owners including Toowoomba Regional Council, New Hope and Telstra, it emerged that Inland Rail would need to move existing utility assets which InterLinkSQ were required to build over in order to connect to the Queensland West Moreton line,” he said.

“InterLinkSQ was set to start works well ahead of Inland Rail and it made little sense for the utilities, which were located adjacent to each other, to be disturbed a second time a few years apart when Inland Rail started its works. A decision was then made to undertake a larger relocation of these services to avoid excessive impacts to the utilities. This will result in less impact and duplication of works in the longer term … it is a win-win situation.”

Matthews said while major construction would not start until statutory approvals have been received from the Queensland and Australian governments, this project was a good example of the preliminary works that can be undertaken.

Member for Groom Garth Hamilton said the economic opportunities would benefit businesses of all sizes during the construction of Inland Rail.

“Inland Rail will be a catalyst to establish new businesses in our region in industries such as manufacturing and processing which will result in new jobs and real growth. The work at InterLink SQ is the first concrete construction step of many for Inland Rail in the Toowoomba Region,” he said.

“We know that Inland Rail means jobs, it means economic activity, and it means an opportunity for our region to not only recover but grow post-COVID. This contract is a perfect example of at least two local companies benefitting directly from this project.

“Inland Rail will mean more investment in our region. The benefits are already starting to flow to local companies and we are not even in the construction phase yet. When that happens, it will result in a jobs bonanza for the Darling Downs.”

“After an extensive procurement process Newlands Civil Construction Pty Ltd has been engaged as the head contractor to undertake the relocation works which are expected to start within the next few months,” he said.

“Inland Rail is an iconic project, and we are looking forward to the benefits it will bring to the national freight chain. InterLinkSQ will provide the link between the existing Western Queensland regional freight rail network and the Inland Rail providing a more efficient pathway to and from markets for regional business.

“Newlands is a fantastic local Toowoomba company, and I am very pleased they are on board.”