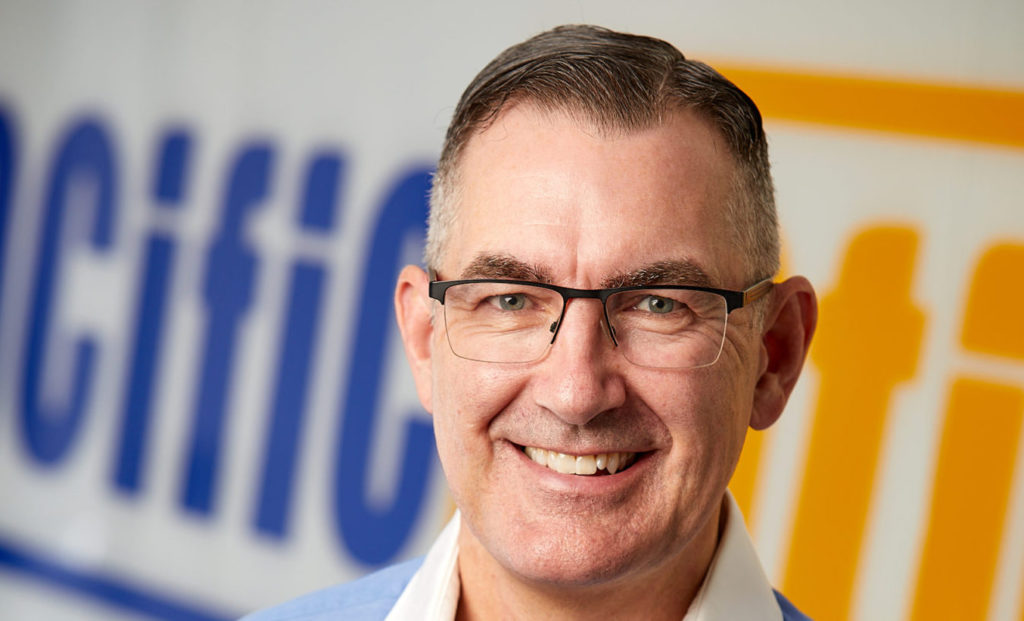 Pacific National CEO Paul Scurrah has addressed the ARA/ALC Inland Rail conference in Albury, talking of the role of Parkes in the movement of freight.

Scurrah, who took on the CEO role following a stint managing airline Virgin Australia, also talked of Inland Rail as being a “corridor of commerce” in the future.

“Indeed, execution of our national terminal strategy has already positioned Pacific National at the very heart of Inland Rail…a place we affectionately call ‘Memphis Down Under’,” Scurrah said.

“Just like Memphis in the interior of the United States, Parkes in the Central West of New South Wales has potential via Inland Rail to become regional Australia’s largest freight and logistics hub.”

At the intersection of the future Inland Rail, Transcontinental Railway across to Western Australia, and Newell Highway, Parkes was “the perfect place for a major intermodal terminal”.

He noted Parkes Shire Council’s vision and advocacy to create a national logistics hub, the Australian government’s significant investment into Inland Rail and the NSW government establishing a special activation precinct at Parkes to help streamline planning and enhance coordination between the public and private sectors.

“These factors provided Pacific National with the added confidence to invest more than $35 million to deliver the largest intermodal terminal in inland regional Australia,” he said.

The intermodal was opened in October 2019, PN’s Parkes Logistics Terminal has been designed to consolidate and subsequently tranship up to 450,000 TEUs each year.

Scurrah said Inland Rail was about much more than a north-south rail connection between Melbourne and Brisbane.

“It provides added options for rail freight services to branch out both east and west. This component of Inland Rail is often overlooked,” he said.

“For example, Pacific National has future plans to better connect western New South Wales to western Sydney and beyond to Port Botany via our new freight hub at St Marys,” he said.

“With construction to be complete later this year, Pacific National’s new freight hub in the heart of western Sydney could potentially allow 1,200-metre regional freight trains to be broken into 600-metre smaller metro-shuttles to access stevedoring terminals more efficiently at port.”

Scurrah said that if Parkes was the heart of Inland Rail, then Pacific National’s terminal at Acacia Ridge in the south western suburbs of Brisbane was its head.

“We envisage Acacia Ridge Terminal will be the ‘northern terminus’ of Inland Rail for the foreseeable future,” he said.

“In the meantime, Pacific National welcomes the Australian and Queensland governments’ joint initiative to undertake detailed studies to identify and preserve a dedicated future rail freight connection to Port of Brisbane.

“Indeed, urban intermodals and rail port-shuttles are an incredibly effective way for governments to improve road safety and reduce traffic congestion and vehicle emissions. They have the effect of acting as ‘pressure valves’ along supply lines to help relieve tension and congestion in the overall transport network.”

Scurrah said Pacific National was investigating the potential for a major intermodal terminal at Toowoomba.

“Toowoomba is an ideal location to develop a major logistics hub in South-East Queensland. It has extensive frontage to the future Inland Rail, the Darling Downs is one of the most productive agricultural regions in the country, and Toowoomba is an incredibly progressive and vibrant regional city,” he said.