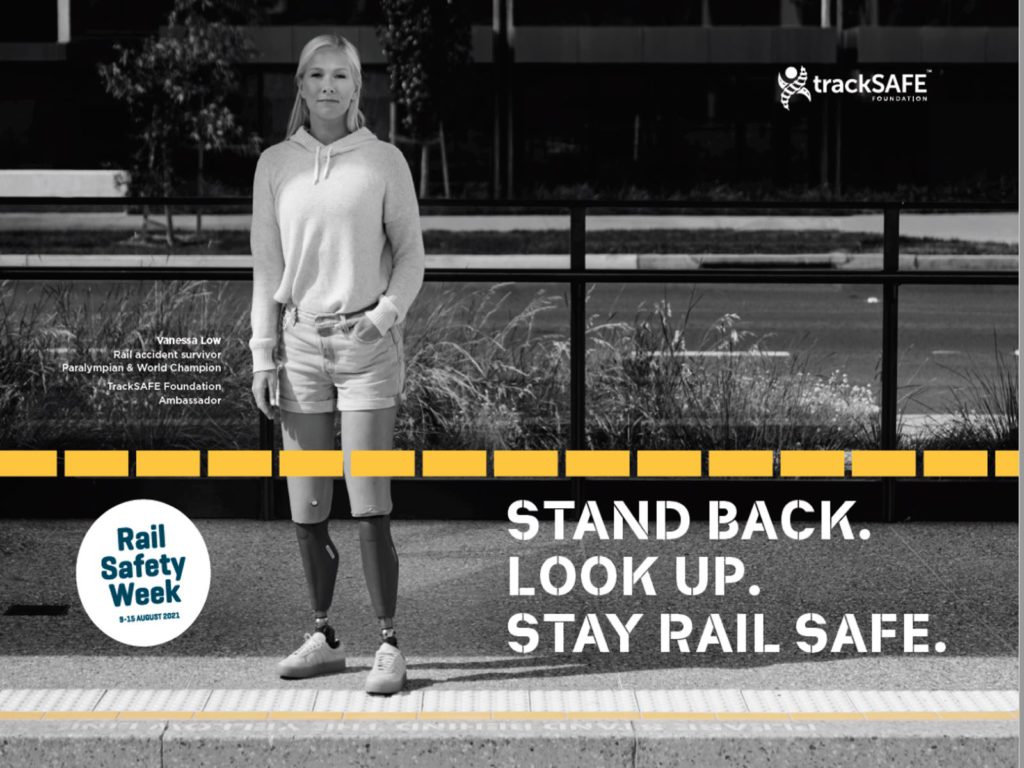 Rail Safety Week seeks encourages commuters as well as pedestrians to be more aware and alert around rail tracks at all times.

Rail Safety Week aims to educate Australians to ‘Stay Rail Safe’ every day, as it continues to encourage commuters as well as pedestrians to be more aware and alert around rail tracks at all times.

Chair of both the Australasian Railway Association (ARA) and the TrackSAFE Foundation, Danny Broad said there remained a need for the rail industry to connect and continue to remind pedestrians and commuters to be safe and aware of the rail environment.

“This year will see more than 90 organisations unite to promote Rail Safety reminding the community to act responsibility when near, or on, the rail network. Support from the industry has been overwhelming and indicates the collaborative approach to raising awareness of being safe around rail,” Broad said.

“Rail Safety Week provides a focus for us as a sector to remind everyone to pay attention to the rail environment in order to stay safe. Working together on rail safety is critical.”

Each year there are on average 109 fatalities on the Australian rail network, with 76 of these people taking their own life. As well, there are almost as many attempted suicides as suicides annually, around 30 injuries at level crossings or because of trespass and around 2,000 level crossing and trespass near hits.

Rail Safety Ambassador and Paralympian Vanessa Low joins TrackSAFE’s new campaign this Rail Safety Week sharing her lived experience as a rail accident survivor. When Vanessa was 15 she lost both her legs when she fell from an overcrowded platform and into the path of an oncoming train.

Australasian Railway Association CEO Caroline Wilkie said ongoing commuter safety relied on those interacting with the rail environment, both pedestrians and commuters to play an active role in rail safety, in particular to be aware of their surroundings.

“A person is killed or injured on the Australian rail network every 2.5 days and it is essential the industry and community works together to address this critical issue,” Wilkie said.

“Whether you are working on the rail network or use rail in your daily life, a moment of distraction can change your life forever. The rail industry will be out in force this week to share this vital safety message and encourage all rail users to stand back, look up and stay rail safe.”

Those working in the rail industry are encouraged to join TrackSAFE’s Rail Safety Week webinar which is being held at noon on 11 August.