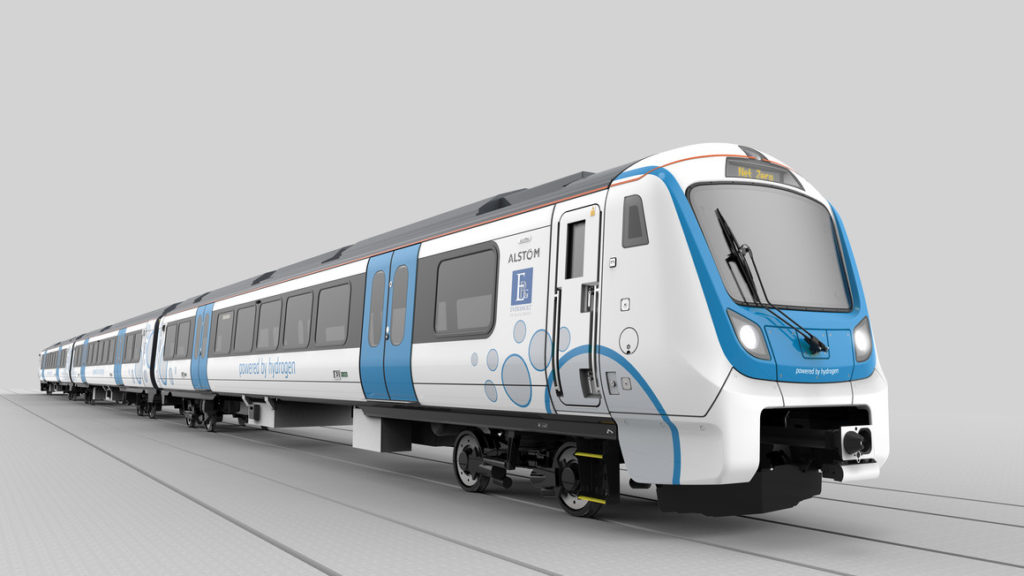 The two companies have agreed to work together, sharing technical and commercial information necessary for Alstom to design, build, commission and support a fleet of 10 three-car hydrogen multiple units (HMUs), to be built by Alstom in the UK. The new HMU fleet will be based on the latest evolution of the Alstom Aventra platform and the intention is that final contracts for the fleet will be signed in early 2022.

Eversholt Rail and Alstom are committed to taking a leading role in supporting the UK and Scotland Government ambitions to decarbonise its rail sector by 2040, and the Scottish Government’s objective of doing so by 2035. Alstom was the first company in the world to produce a hydrogen powered train – the Coradia iLint – which is in operational service in Germany.

Alstom and Eversholt Rail have previously worked together on a hydrogen rolling stock solution for the UK rail sector, through the proposed conversion of an existing Electric Multiple Unit to hydrogen power – the ‘Breeze’ project.

Both companies now believe that there is a market for a fleet of new trains for use by train operators across the UK. The breadth, depth of knowledge and experience gained from the Breeze project, together with stakeholder feedback on future fleet strategies, has been invaluable in shaping the product planning.

Building on Alstom’s long expertise in keeping Britain moving, the Aventra single-deck train has been developed for the requirements of mainline train operations, from high-capacity metro systems to intercity services.

Designed to be the fastest, smartest, and most economical platform in modern rail, Aventra trains are modular, from carriage length to interior layout and design. They can easily be modified for different customer requirements, while retaining core benefits such as a lightweight carbody and low lifecycle costs.