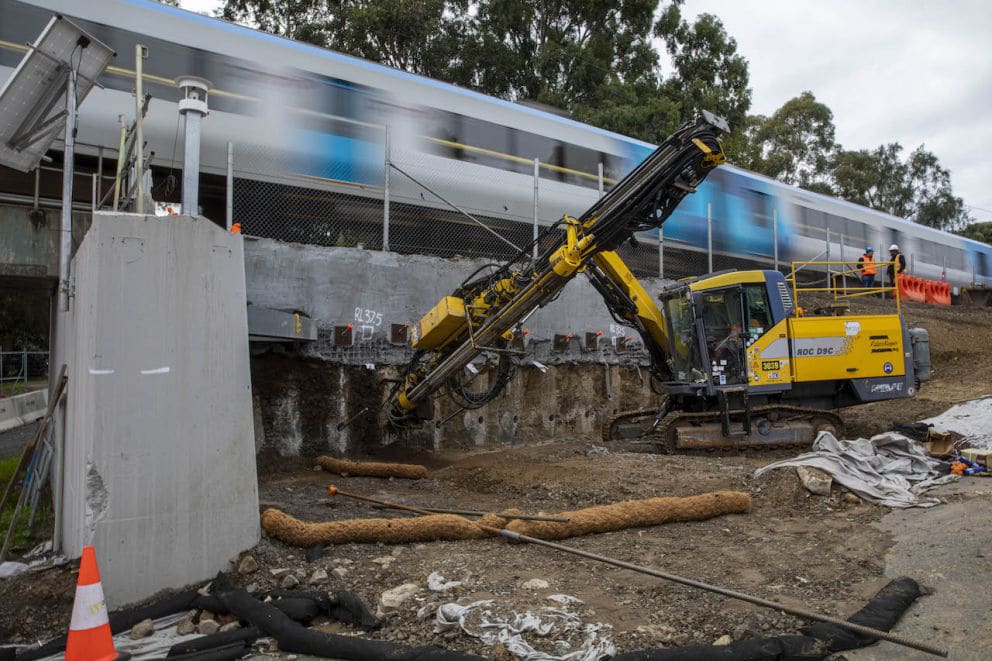 The Victorian Government is powering ahead in preparation to duplicate 3.5 kilometres of the Hurstbridge line and open two modern stations at Greensborough and Montmorency by the middle of 2023, with big changes happening on the ground.

Crews are making rapid progress on piling works to create strong soil foundations to support the weight of the new Plenty River bridge. Around September, the new 50-metre-long steel bridge will be lifted into place in two sections. Railway Road, which passes under the existing bridge will remain closed until August, before closing again temporarily to safely lower the sections of the new bridge into place.

In coming weeks, crews will also be constructing the new Greensborough Station pedestrian bridge and concourse which will be at the same level as Para Road. The works include using a crane to install nine beams, each 24 metres long and weighing 36 tonnes.
The Greensborough Station precinct will feature lifts and stairs to the platforms to replace the current long and steep ramps. There will also be modern facilities, an air-conditioned waiting room, unisex and ambulant toilets, better lighting and security cameras, and 700 trees and 15,000 plants, shrubs and grasses.

Across Para Road from the station, a new 100 space car park and bus interchange will open to provide more options to park, catch the train and access shops and services.

Also, between Greensborough and Montmorency stations, a new walking and cycling path will be built on the southside of the rail line, linking to the Plenty River trail to make it easier for people to exercise or commute.

The new Montmorency Station will remain at the heart of the shopping strip and has been carefully designed to reflect the unique village look and feel of the area. Community feedback has been integral to the minimalist design which will incorporate updated facilities, all-abilities access, more weather protection and native vegetation.

As part of the project, Diamond Creek Station platform 2 will also be upgraded and a new pedestrian crossing will be built behind Diamond Valley College.

This stage follows the successful completion of Stage 1 of the Hurstbridge Line Upgrade, where 1.2km of track was duplicated between Heidelberg and Rosanna, level crossings were removed on Grange Road in Alphington and Lower Plenty Road in Rosanna, and a new station was created at Rosanna.