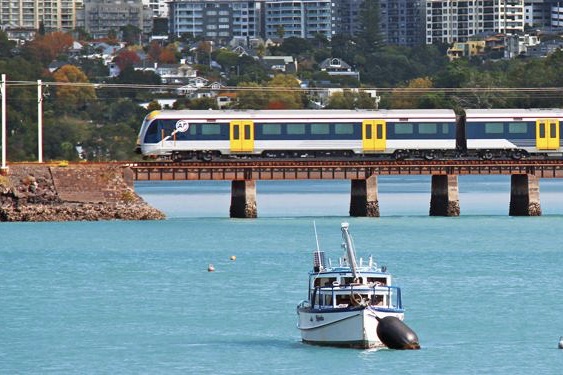 A critical link in the Auckland rail network is the focus of upgrades for the next fortnight as crews work to get infrastructure back up to standard.

KiwiRail COO Todd Moyle said teams were working to replace rail and sleepers along the Hobson Bay causeway on the city’s Eastern Line.

Work on the causeway, which includes Orakei station, connects Auckland’s CBD to Meadowbank will mean the Eastern line will be closed to trains until Monday, February 8. Buses will replace commuter services while freight trains will be re-routed through Newmarket.

Further network closures are planned for the weekend of Friday, January 29 to Monday, February 1.

“KiwiRail remains focused on getting the rail work finished as quickly as possible and we are looking forward to a more reliable and resilient rail network for Auckland,” said Moyle.

“We are grateful to the public for their ongoing patience as we continue our work. These temporary closures enable us to keep momentum and get the job done.”

Major rail replacement works were conducted throughout the summer holiday period after rolling closures late in 2020, however there is still more work to do.

“Closing the network over the Christmas holidays meant we were able to bring in a boosted workforce to fix rail through the critical inner parts of the network, as well as the Western and Southern lines,” said Moyle.

“Our teams are working 24/7 and are currently on track to finish rerailing work on the Western line by then end of this month, so that trains can return to the line in time for the start of the school year.”

Over 100km of rail has been replaced, equivalent to 76 per cent of the required re-railing. Nearly 16,000 sleepers have been replaced a 80km of track destressed.

“We appreciate it’s frustrating for train users who are returning to work and still facing travel disruptions. We’ve been working hard this summer and have made good progress with the required work and are nearing the end of major disruptions,” said Moyle.