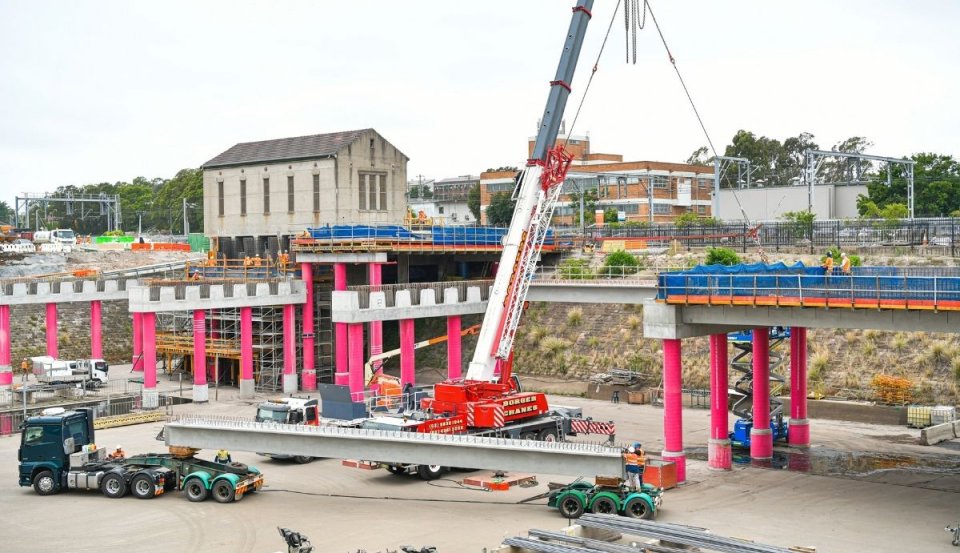 The first aqueduct built for Sydney’s water network in more than 130 years has been completed as part of the Sydney Metro City & Southwest project.

The stormwater aqueduct was built at Sydenham and will help maintain the integrity of both the city’s new driverless train system and the local flood management system.

Train customers from the city’s south and south west would be familiar with the historic Sydenham Pit and Pumping Station – it’s the huge hole the size of a city block lined with sandstone blocks on the left of the railway tracks, just after trains leave Sydenham Station towards the city.

Built in the 1930s, it can hold 100 mega litres of water – equivalent to 40 standard Olympic-sized swimming pools – and fills with runoff from nearby suburbs like Sydenham, Marrickville, Enmore, Newtown and St Peters after heavy storms.

The stormwater would be pumped away from the Sydenham Pit to the Cooks River, about 1.5km away, through the Eastern Channel. Diverting the stormwater has managed flooding in the area for almost 100 years.

To facilitate the new driverless metro railway, a 320-metre section of the Eastern Channel needed to be moved to make way for new metro railway tracks which also surface here – at the end of the 15.5km twin tunnels between Chatswood and Sydenham.

This section of the Eastern Channel was replaced with a 120-metre long aqueduct and about 200 metres of culverts.

Trains will run 20 metres from the aqueduct.

As well as the new aqueduct, other utilities had to be moved including high voltage power cables, gas pipes, and sewer and water mains

The original system had to be kept in place while the new one was built in case of sudden floods, and workers had to carefully monitor the weather forecast and plan works around heavy rainfall filling the pit with water.

Downstream from the aqueduct, there are about 200 metres of new buried culverts which connect the new aqueduct to the existing stormwater system and out to the Cooks River.