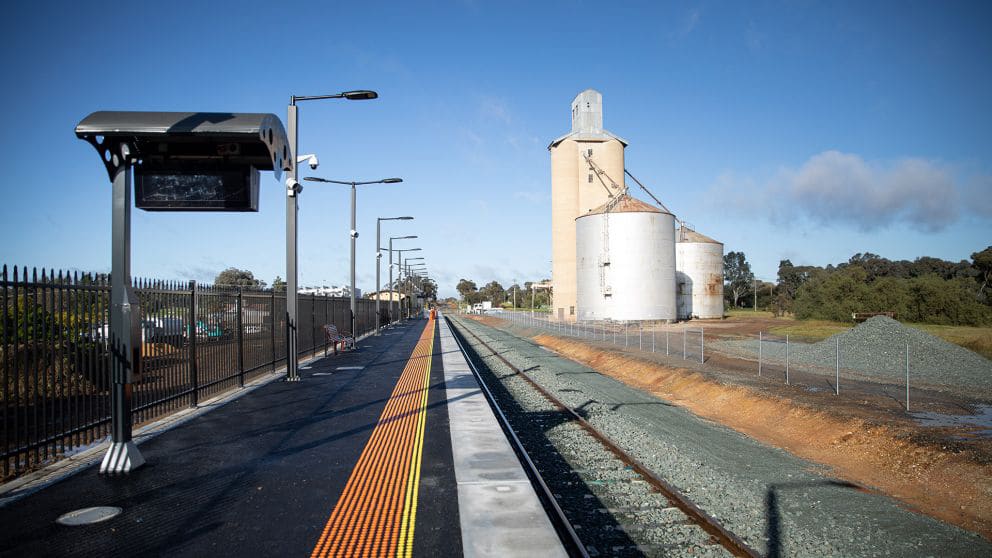 Trains are once again traveling to and from the northern Victorian towns of Huntly and Raywood, following the opening of two brand-new stations.

The first train arrived at Huntly Station on Saturday morning after a 68-year absence, while trains returned to Raywood on Sunday morning for the first time in more than 40 years.

The booming towns are now better connected to the rail network, including Goornong Station, which opened in December 2021 after almost 43 years without train services.

Community celebrations will be held in the coming weeks to mark the opening of the new stations – delivered ahead of schedule as part of the State Government’s $49.6 million investment in Bendigo Metro 3.

Finishing touches completed at Huntly and Raywood in the past month include installing platform handrails and fencing, line-marking, landscaping, and site clean-up works.

Work to improve rail services in the region is continuing as part of the Bendigo and Echuca Line Upgrade, with more than 12,000 sleepers replaced in June to improve the tracks between Goornong and Rochester.

Trenching and pipe installation to enable improvements to train detection technology at 10 level crossings between Bendigo and Eaglehawk stations also took place while trains were not running due to Sunbury Line Upgrade works.

Timetables for the new stations are now available at vline.com.au, ptv.vic.gov.au and the PTV journey planner app.

Transport Infrastructure minister Jacinta Allan said decades after trains last departed Huntly and Raywood, the services have been back to the growing communities.

“Thanks to our huge investment in Victoria’s rail network, kids growing up in Huntly and Raywood will be able to hop on a train at their local station and get to Bendigo, Melbourne and, via Melbourne Airport Rail, the rest of the world,” she said.