Pacific National has formally opened its new Parkes Logistics Terminal at the intersection of Australia’s east-west railway and the future Inland Rail route.

A $35 million rail hub complete with two 1800 metre rail sidings, and a third of 540 metres, the terminal is the result of 12 months of construction, during which more than 16,000 cubic metres of soil was moved, over 300 cubic metres of concrete was poured, and 253 tonnes of aggregate was laid.

It has the capacity to break down double-stacked, 1.8-kilometre container trains, the kind which will run along the Inland Rail route from about 2025 – but Pacific National isn’t going to wait that long: the first 1.8-kilometre train arrived at the Parkes site on October 10 after a three-day trip from Perth, something Pacific National CEO Dean Dalla Valle says will soon become “a regular occurrence”.

“The hub will allow long regional freight trains from Parkes to be broken into smaller metro-shuttles to more efficiently access stevedoring terminals at Port Botany,” Dalla Valle told the gathering of government, private sector and local representatives at the opening ceremony on October 30. “Once the Melbourne to Brisbane Inland Rail project is complete, regional enterprises can use Parkes as a launching pad to haul goods and commodities by rail more efficiently to the ports of Melbourne, Brisbane, Botany and Fremantle.”

Pacific National chair Russell Smith credited the coordination of all three levels of government for coming together for Parkes and the Inland Rail project as a whole.

“Parkes Shire Council developed the vision for a national logistics hub, the Australian government supported this vision by starting construction of Inland Rail, and the NSW government has streamlined planning at Parkes by establishing a special activation precinct,” Smith said.

“This new terminal is what can be achieved when all three levels of government work together and partner with the private sector.” 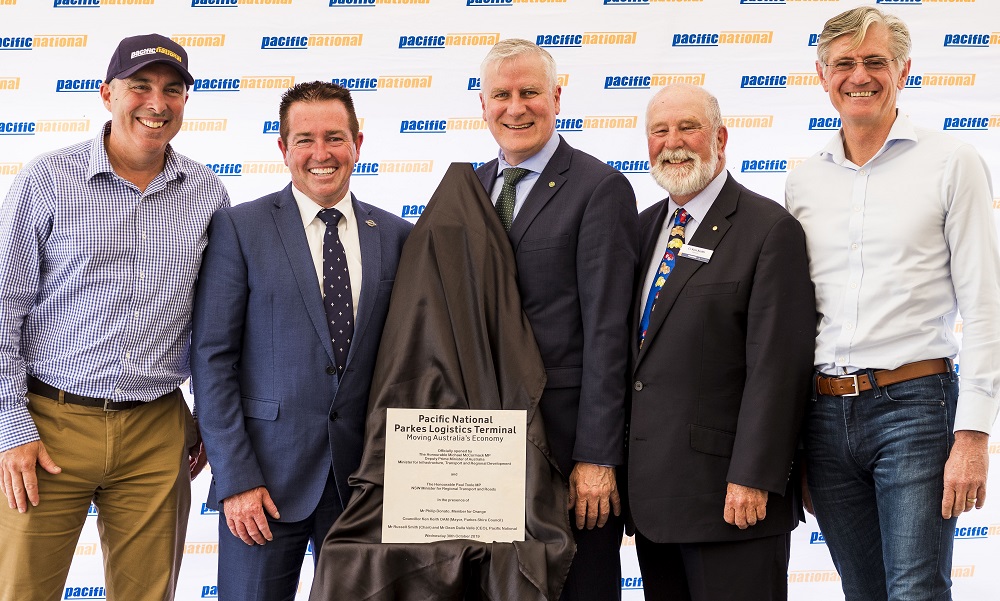 Smith said the company engaged 20 local and regional businesses during the terminal construction, including earthworks, electrical, plumbing, landscaping and water contractors. 80 jobs were generated during peak construction, and not a single incident or injury occurred during the 50,420 total person hours that went into the work.

“Pacific National is proud to be part of Parkes,” he continued. “I’d like to think our investment in this critical piece of freight infrastructure has helped, albeit in a small way, alleviate some of the pressures of the drought for businesses in the Parkes district.”

Deputy prime minister and minister for infrastructure Michael McCormack took the opportunity to thank Pacific National for ‘buying in’ to Inland Rail.

“Thank you for your confidence. Thank you not only for what you’re doing for Parkes, but for Australia,” McCormack told the gathering. “I am so excited about this nation-building project because it opens opportunities for farmers and regional businesses that would otherwise not be possible and Parkes is brilliantly geographically located to be the epicentre of Inland Rail’s success.”

Smith, Dalla Valle, McCormack and Toole were all particularly eager to commend Parkes mayor Ken Keith and his team for their role in developing the region as a logistics centre. Pacific National recognised Keith’s efforts by naming the main internal road in the terminal ‘Ken Keith OAM Drive’.

“It’s wonderful to see this paddock today. Three generations of Keiths lived on this land, and it’s a privilege to say my forebears would be so delighted to see the way this hub has developed. They always had a vision to work for the community.” 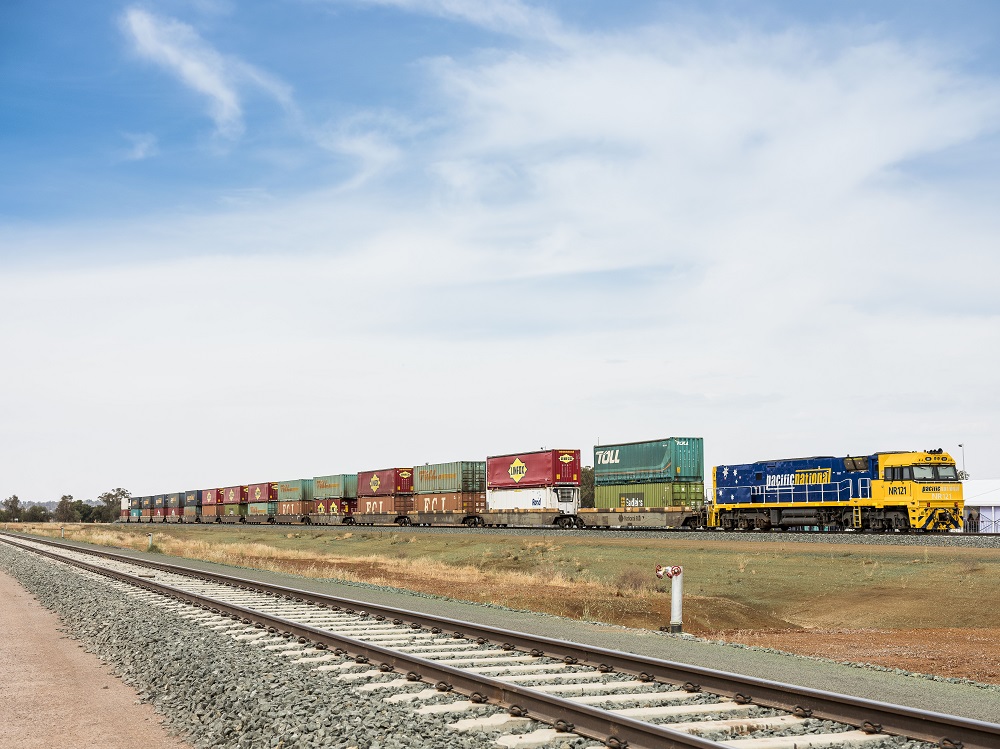 “Pacific National is committed to remain at the forefront of the rail industry in this country,” Smith said. “After so many years of neglect, a rail renaissance is emerging in Australia at the forefront of a more sophisticated, smarter logistics chain that puts community and environment first, through the design of new, sustainable solutions for the long-distance haulage of our freight.”