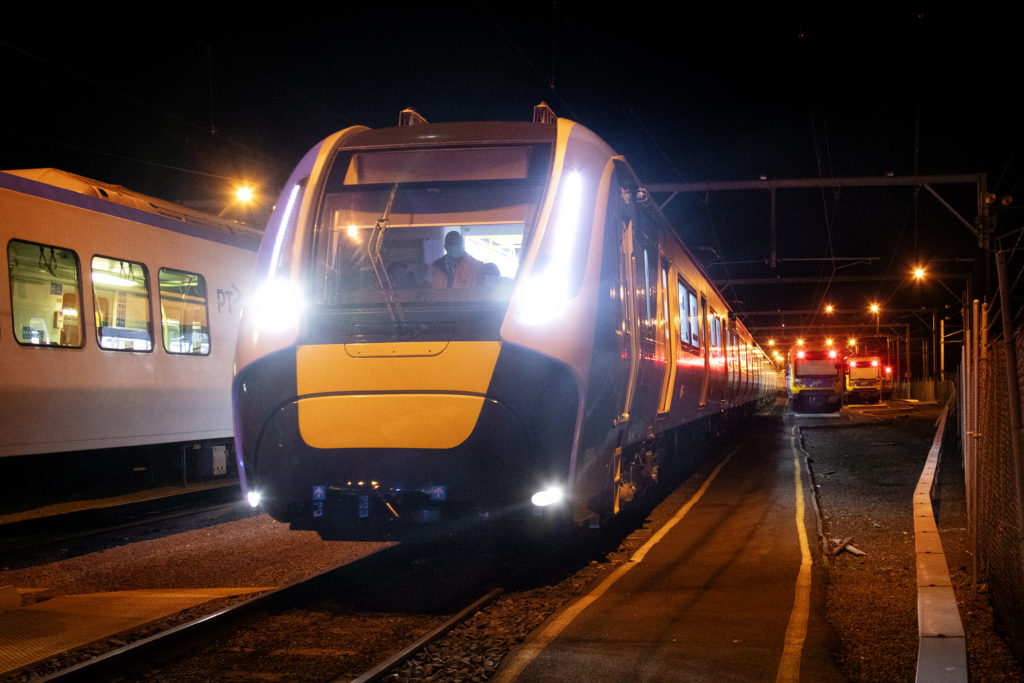 A High Capacity Metro Train (HCMT) with advanced signalling technology is about to get its first run through the Melbourne rail network.

The HCMT recently travelled overnight from the Pakenham East depot to Epping, where it will begin tests equipped with the new high capacity signalling.

High capacity signalling, a key component of the Metro Tunnel Project, allows trains to automatically adjust their speed to maintain a safe distance from the train in front.

The signalling technology is expected to help create a reliable “turn-up-and-go” network in Melbourne for the first time, similar to those in London, Singapore and Hong Kong.

It is the first time this technology will be installed on an existing network in Australia, so extensive testing is taking place ahead of the Metro Tunnel’s opening in 2025.

The new signalling system has already proven it is safe and effective after almost 400 hours of testing on X’Trapolis trains over 61 nights earlier this year on a section of the Mernda Line between Epping and South Morang.

“This generational change in train travel for Melbourne requires a massive testing effort to ensure the new systems and infrastructure can operate safely and effectively before the first passenger steps onto a platform.”

The latest round of testing is to continue for about six months, followed by further testing on the Cranbourne/Pakenham line next year. Trackside signalling equipment is being progressively installed on sections of the Cranbourne, Pakenham and Sunbury lines for the new trains to communicate with two new signalling control centres at Sunshine and Dandenong.

HCMTs will use high capacity signalling when travelling through the Metro Tunnel and parts of the Sunbury and Cranbourne/Pakenham lines, and can travel using conventional signalling where HCS is not installed.

The new trains, which began running using existing signalling technology on the Pakenham Line in December, give passengers a smoother, quieter journey and have better accessibility, heating and cooling and safety features.

They have 20 per cent greater passenger capacity and will play a part in creating space for more than half a million extra passengers per week on the rail network once the Metro Tunnel is operational in 2025.