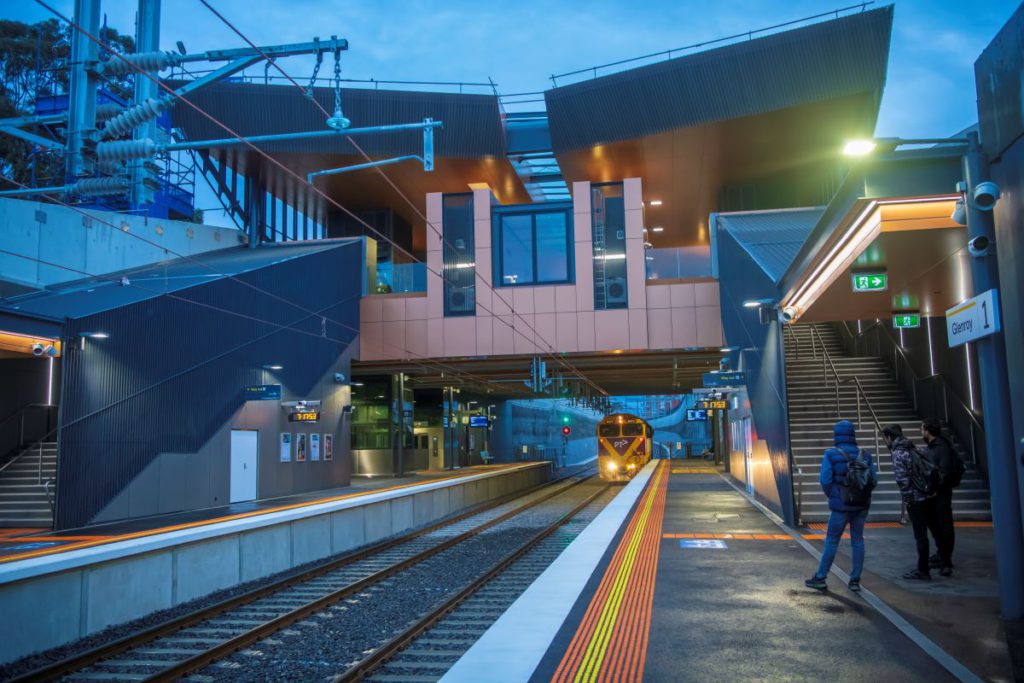 Melbourne’s new Glenroy Station opened to passengers on Friday evening, as part of a construction blitz to remove the dangerous and congested level crossing at Glenroy Road.

The new Glenroy Station marks the 35th new or upgraded station delivered as part of the Level Crossing Removal Project and follows the opening of the new Hallam Station earlier this week.

Along with the new station, a bus interchange has opened adjacent to the station entrance on Hartington Street in Glenroy. Commuters will no longer need to walk to Blenheim Street for connecting buses, with the new interchange creating easier and safer access to and from Glenroy Station.

With the old boom gates dismantled last week, Glenroy Road is closed until Saturday, May 14 while crews work around the clock to remove the old railway infrastructure and get the road ready for around 19,000 vehicles that use this section of road every day.

When Glenroy Road re-opens next Saturday, it will be free from the dangerous and congested boom gates that held up traffic for around 43 per cent of the morning peak, making it the 60th level crossing removed from around Melbourne since 2015.

Finishing works will continue over the coming months, including landscaping around the station precinct and the completion of the western station entrance from Dowd Place.

When the station concourse and building are completed later this year, the project will connect two sides of Glenroy, currently separated by the rail line. Pedestrians will be able to walk from Dowd Place on the western side of the rail line across to Hartington Street in the east, without being held up by boom gates or traffic lights.

Dowd Place, on the western side of the rail line, will be closed until mid-September, as the construction team completes the western station entrance and removes old rail track and railway infrastructure. They will also reinstate 396 car parking spaces and finish landscaping along Dowd Place.

The level crossing at Glenroy Road is being removed by lowering the rail line under the road and building a trench.