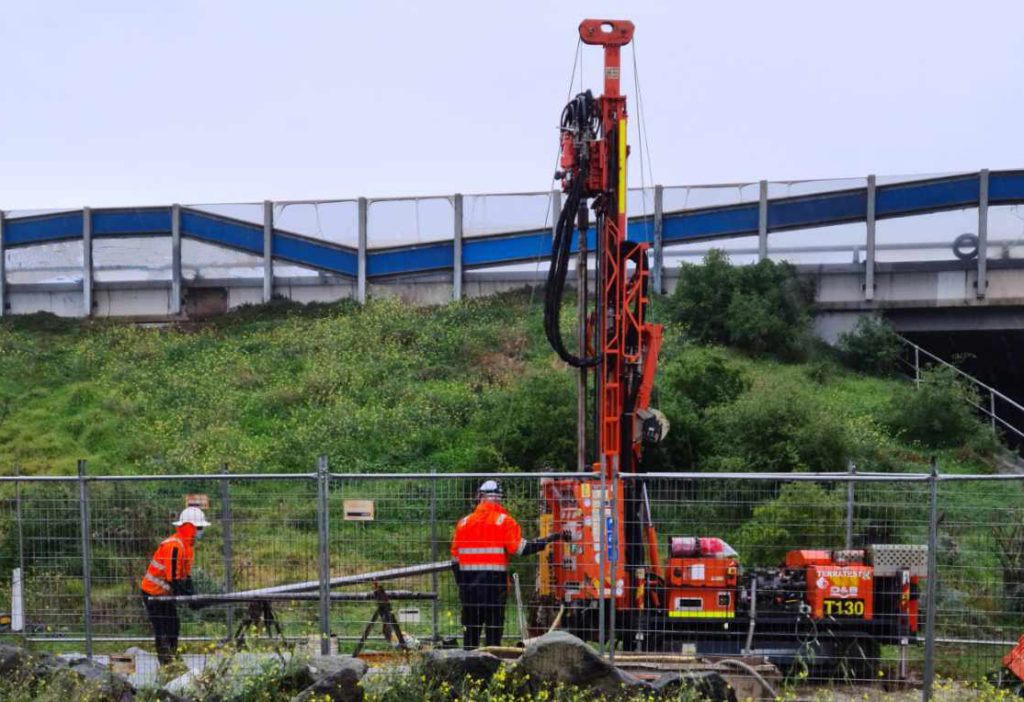 Around 100 ground investigations sites have been surveyed as part of efforts to progress Geelong Fast Rail.

PROGRESS has been made on plans for the Geelong Fast Rail concept.

Around 100 ground investigation locations have been surveyed, with a third of around 300 potential survey locations that need to be investigated along the Werribee corridor.

Meanwhile a total of eleven boreholes have been drilled to date, with another four ready to be drilled (permits have been awarded).

Up to 40 boreholes are expected to be drilled by the end of the year.

“These initial site investigations to learn more about the conditions below the surface is an essential step in our planning and design process,” he said.

“It means that we can refine the project’s scope with more confidence and give our future contractors more certainty before construction gets underway.”

The strong response comes as part of an ongoing registrations of interest process for the project, which aims to cut travel times between Geelong and Melbourne to around 50 minutes.

Minister Fletcher said this was great news for this much needed project, which would involve significant infrastructure upgrades to part of the Geelong corridor over several years.

“The Geelong Fast Rail is one of many critical infrastructure projects to receive funding from the Morrison Government as part of its record $110 billion, 10-year infrastructure pipeline,” Fletcher said.

Minister Allan said it was great to see the response from both local and international companies.

“This early market sounding is really important for projects of this scale, providing a level of confidence when the time comes to competitively procure contractors and seek out suppliers for potential partnerships,” Allan said.

“More than 2,800 jobs are expected to be supported through the first stage of Geelong Fast Rail, which will help to give Victoria’s fastest-growing regional city the better rail service it deserves.”